How to make the most of an antivirus for XP

Even though Microsoft has long since ended official support for Windows XP, it still has a loyal following. If you’re one of the people who wants (or needs) to continue using XP for as long as you possibly can, then you’re either going to need to stay offline or be especially vigilant about keeping yourself safe online. That starts with getting yourself a good antivirus, however, there are other precautions you can, should and must take. 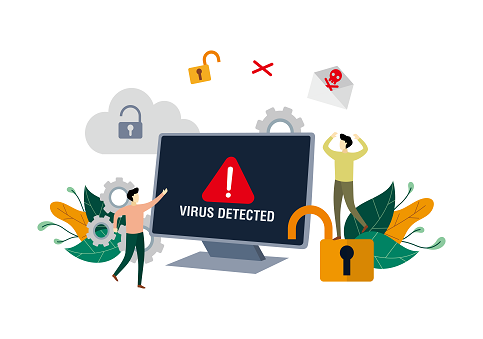 Given that the last security updates for XP date back to 2014, they should most certainly already be on your computer, but if they’re not, they need to go on urgently and it’s strongly recommended for you to back them up to an offline medium just to be on the safe side. That way, if they wind up disappearing from the internet, you’ll be able to reapply them if you need to reinstall your operating system.

For the sake of completeness, it’s also a good idea to back-up updates for any software you use, essentially for the same reason.

Max out your RAM

Again, you may well have done this already but if not, fill up your computer with the 3.25GB of RAM which is all XP can support (and you’ll have to tweak a setting for this because the default is 2GB). This should give you a decent amount of muscle for running programs on your local PC, although for the most part it makes sense to use the cloud as much as you can, hence the importance of a good antivirus.

Ideally, you actually want a cloud-based antivirus as this has a much lighter payload on the local PC and hence should have minimal impact on your XP-machine’s performance, whereas traditional, locally-hosted antivirus products could slow it down considerably. As an added bonus, cloud-based antivirus products can be updated somewhat more quickly than locally-hosted ones (because you don’t have to mess about with downloading and installing updates) and in the case of IT security, even small gains can make a big difference.

Switch to the Pale Moon browser

The security issues with Internet Explorer are now so well documented, there is little point in going over them (yet) again, but the key point to take away is that you have to use another browser and the only (relatively) mainstream browser which still actively supports XP (for the time being) is Pale Moon, which is essentially a forked version of Firefox. You’ll want to make sure that the privacy settings are maxed out and you’ll still need to be careful about what sites you visit.

Pay close attention to your firewall

Ideally you want your firewall to be integrated with your antivirus, partly for economy, partly to reduce the load on your local PC, but mostly to ensure that the two functions work together out-of-the-box without you having to spend time configuring them to recognize each other. Regardless, you are going to have to pay close attention to any alerts your firewall gives you. With a more modern operating system, you might have a little scope to think about using your own judgment and overruling it, at least from time to time, but with Windows XP, you will need to be super-careful.

Use an ad blocker

Again, you ideally want an antivirus with an integrated ad blocker. This is more economical and makes life easier for your computer. There are two good reasons for blocking adverts when you’re running Windows XP. The first is that even legitimate adverts can slow down your computer, basically modern adverts will be created on the assumption that you’re using a more recent operating system and have a computer with modern specifications. The second is that adverts are increasingly used as a way to spread malicious software and as such are very much best avoided.

Make sure that your antivirus comes from a responsible brand

The cold, hard, truth of the matter is that, at this point in time, Windows XP is, at best, of minimal interest to the IT industry. Even if companies have software which, in principle, works (or should work) on Windows XP, the chances are that it’s not going to be maintained. This may be a minor frustration with most types of software, but it’s a serious issue with antivirus products. You therefore need to be sure that your antivirus product comes from a reputable brand, which will commit to keeping it updated. Click here right now to download Comodo antivirus for XP and get all the protection you need from a brand you can trust.