It’s almost impossible for humans to go through life without picking up the odd virus.  It is, however, very possible for the average computer to go through life without picking up a virus and it might even be possible for the virus to be cleaned off your computer fairly quickly and painlessly.  Both of these situations, however, depend on your computer being protected by an effective anti virus remover. With that in mind, here is a list of three key features of an effective anti virus remover. 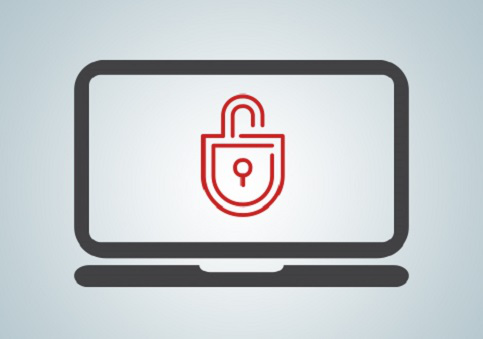 Back in the early days of computing (in other words, before the internet went mainstream), there were only a handful of viruses in existence.  Now, there are believed to be at least 100,000 and more are being created all the time. This means that security companies need to keep updating their anti virus removers to cope with the new threats, especially as they are becoming increasingly sophisticated.

There are basically two approaches to updating anti virus removers.  The “old-school” way is for security companies to create the updates and make them available to users to download and install on their local computer.  The “new-school” way is to use the cloud to host the virus definitions (essentially descriptions of viruses which anti virus removers use to identify viruses and, if necessary, to take the right steps to treat them).

There are two, key reasons why the “new-school” way is better.  First of all, it is faster. Depending on how often you update your computer, it may be a lot faster.  Even if you are the kind of person who updates your computer regularly, it is going to be at least slightly faster and when it comes to security, those slight edges can make a lot of difference, especially when you multiply them by the thousands and thousands of new viruses which are being created.

Secondly, this approach massively reduces the burden on the local computer.  Again, this is very important given that more and more viruses are being created all the time.  Storing all the relevant information on the local computer is likely to become a serious challenge even for premium machines and even now lower-end machines would probably struggle to cope with it and show performance issues.

Anyone who is using an older machine (and particularly anyone who’s still using Windows XP) should definitely give serious thought to using a cloud-based anti virus remover to minimize the payload on the machine itself as these machines have very basic hardware and are very unlikely to be able to cope well with the demands of modern anti virus removers.

Anti Virus Remover - Can Treat Malware as Well as Viruses

A virus is a specific form of malicious software, its defining characteristic is that it can self-replicate.  There are other types of malware, which are not, technically, viruses, because they cannot self-replicate, but which you definitely want to avoid having on your computer.  At this point in time the two most common examples of this are adware and spyware.

Adware is exactly what the name suggests.  It pushed out adverts to your computer. While this might not sound like a major security threat, it increases your exposure to a threat known as “malvertising”, which is basically using adverts to carry viruses.  In short, the more adverts you see, the more likely it is that you are going to be exposed to a malicious advert and the more often you are exposed to malicious adverts, the more likely it will be that you will either be tricked into clicking on one or accidentally click on one.

In this context, it’s worth noting that there has already been a notorious instance of malvertising being used to spread a virus without the user actually needing to click on an advert.  This was an attack on Spotify. As yet this is believed to have been a one-off, but it’s probably a safe bet that virus creators are working on that one.

The other main form of malware is spyware, which is exactly what it sounds like and can utterly destroy your privacy.

Harsh as this may sound, you want to leave trialing new anti virus removers to IT experts who know what to do if it all goes (horribly) wrong.  Everybody else will probably find it best just to stick with an anti virus remover which has a solid track record of getting the job done. In fact,  you can head on over to this page, right now, to download Comodo antivirus for your computer and get all the protection you need at a very affordable price.