What is the Best Free Antivirus For PC?

Antivirus is the basic form of protection every computer needs today. Virus, malware and above all, the unpredictable and dangerous zero-day threats which surface constantly from the depths of cybersecurity threat landscape imply our computers are always under check and can get compromised on any given day – if not protected well.

Under these circumstances, when antivirus protection has become unavoidable, here's a question for you: what do you think is the best antivirus for pc using which you can fend off various security threats? Let's take a look at some of the answers. 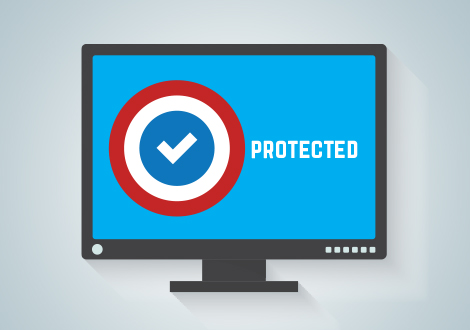 So as an end user, what’s the best choice to keep your PC and sensitive information protected? Do you got with a free option that may not provide all the features you need, or shell out money for an expensive premium version?

Comodo Cybersecurity recently made its paid antivirus, which previously cost $59.99 available for only $29.99/year. For $29.99/year you get all the features and support you need to stay protected. For this reason, Comodo ranks first as the best Antivirus for PCs.

Equipped with impressive security features Comodo Antivirus ranks number 1 on our list. Its unique Default Deny Approach (which ensures all files or applications (be it good, bad or unknown) are denied entry to certain critical parts of the computer, unless they prove themselves to be harmless), along with other technologies like Containment, HIPS (host intrusion prevention system), Viruscope and others, ensure the antivirus effectively protects PC(s) against all kinds of malware and zero-day attacks as well. Highly recommend it.

Really good antivirus. And the fact that US government has banned it has done little to affect its popularity. Virus protection it offers is of top-notch quality which not many in the industry can provide. Therefore Kaspersky antivirus still remains a force to reckon with.

The next in our best free antivirus for PC list. A 'no-frills' security software which is extremely lightweight and contains a host of proactive technologies for preventing malware. It packages everything you need to protect your PC(s) against various kinds of security attacks into one solution. Offers solid PC protection.

This free antivirus continues to score highly on various AV-Test's and is one of those virus protection tools which is gaining traction in the IT security market. Offering solid protection against ransomware and phishing attacks, it is no doubt one of the best free antivirus packages around. The fact it's been around for a long time definitely supports its cause.

Having been around for years in the IT security industry, no list for best antivirus for PC would be complete without McAfee receiving a mention. Highly secure, compatible with Windows and Mac and extremely easy to use, McAfee may be the last but definitely not the least in our list.