Avid gaming fans know how susceptible their PC gaming rig is to infections including adware, malware, worms, and other harmful programs. These programs take up a majority of the processing time and even damage the system.
It is a primary reason why Google often has a search query of the best antivirus for gaming PC. 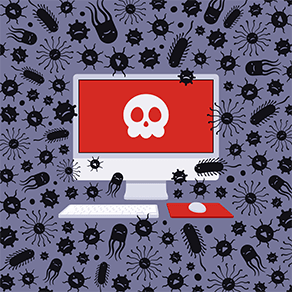 Antivirus programs refer to a data protection utility, which one installs on their laptop or PC to protect data from virus, spyware, and other malicious programs.

We do not need to emphasize the importance of protecting precious data, in the case of gamers, the save game files. Antivirus programs make it easier to protect a gaming PC or laptop from any harmful virus and online attacks.

Everyone wants to have immersive gaming experience and at the same time, keep their PC intact.

You can try Comodo Internet Security, which offers the most advanced protection. However, what makes this antivirus program stand apart from others are its features mentioned below.

The Comodo antivirus runs any unknown executable files in the virtual container, which does not access the host’s system resources or the user data. It does not damage the user’s system.

While running in an auto-containment, the unknown files uploaded to a global threat cloud for real-time analysis, which shows the results of the data submitted for checking.

Comodo provides granular management of inbound and outbound network activities. It hides the system ports from scanning and warns of any suspicious activity.

Some antivirus programs come with a Gaming Mode, which enables gamers to enjoy their favorite games without affecting the system performance.

Let us now focus a bit towards the gaming PC’s, which need equal protection as the gaming laptops.

A gaming rig does need protection against unwanted intrusion via a virus or other harmful programs. Given below are the best antivirus for gaming PC.

There has been a debate on whether a Windows 10 gaming system needs an antivirus program or not. The reason is that it comes with its own Windows Defender program to fight any online and offline threats. However, it depends on your individual needs. Let us check out the best antivirus for gaming PC with windows 10.