Your protection is not something to play around especially if you know you're an easy target for cyber-attacks. That's why before reading the best antivirus software 2020 reviews that you know what entails a good antivirus software.

Most of these product reviews are usually exaggerations with no basis. In other instances, they're unscrupulous and paid for by the companies in question. Trusting these reviews should be approached with a strong caveat. However, reviews from reputable sites like Better Business Bureau, Yelp, and even official social media pages should be given the benefit of doubt. You can easily identify fake reviews from genuine ones by the tone of the language, the profile of the person who posted, and the reputation of the site. 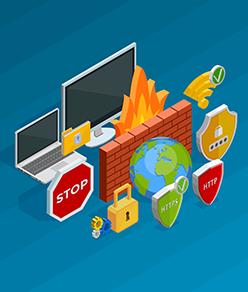 To that end, it's better to contact the antivirus software you intend to buy and have them answer all your questions. Even better is getting the software installed for a trial period and seeing if they measure up to their claims. Check for the level of protection they provide. Does it offer full protection? Do you need to pay extra hidden fees after the initial rate? What is their money-back guarantee? How is the user interface? Is it compatible with your device? Luckily, Comodo Antivirus meets all these requirements and happens to be one of the best AV software in 2020. If you haven't tried it, you don’t know what you're missing.

In the recent years, Antivirus softwares have sprouted up like grains of rice in the field. Look left, right, and center and you'll see a plethora of AV softwares in the cyber-security area. However, not all offer genuine protection, and some are just out there to make a killing out of you. In fact, some of them are just malware in disguise loaded with adware and other suspicious functions. Some may even track your online activities leaving your vulnerable to data breaches.

The best antivirus software for your PC is one that doesn’t ask for exorbitant prices, offers 100% protection from spyware, malware, viruses, rootkits, memory firewall, and bot prevention at affordable rates. With real time analysis of threats and quality human analysis, you're guaranteed extensive protection 24/7. And only one Antivirus software for PC fits this bill perfectly. The Comodo Antivirus.

When it comes to malware attacks, Android devices are no exception. In fact, they're more prone to attacks than PC because of the low knowledge of users on cyber security as well ease of access to the internet.

Almost every adult owns a smart phone in the current age and most of these devices are Android phones. That means cyber attackers have better success rates on attacking Android users than other devices. It goes without saying that you must have the best antivirus software for Android installed on your phone, tablet, or smart device to protect your personal data and information.

Most antivirus softwares have an Android version that doesn’t require extra fees. Comodo Antivirus is no exception. Their Android version offers real-time full protection on 100% of the threats. You get maximum protection at no extra costs when you have the easily affordable PC subscription.

Free antivirus is never a good idea if you intend on getting maximum protection for your Mac. And even though some AV softwares entice you with such deals, you should always watch out for the catch. Chances are they're gaining in some other way and not necessarily beneficial to you. If you want the best Antivirus software for your Mac, always go for the premium ones.

A premium antivirus program doesn’t have to cost an arm and a leg. What it must do, however, is offer you full time, all-year-round protection against virus, spyware, malware, rootkits, bots, and even memory firewall at affordable rates. Because losing your information or getting it leaked can cost you more dollars than the few bucks you'll pay for your antivirus. And that's why Comodo Antivirus for Mac is here for you!

Comodo Antivirus is an antivirus as well as internet security program that delivers extensive protection 100% of the time, 24/7. This new AV program has advanced capabilities that captures 100% of threats in real time for both online and offline sessions. With the integration of human analysis, you're guaranteed 100% verdict all the time should a new virus not yet discovered be launched. And the icing on the cake is they offer 100% virus warranty: meaning the cost of repair is on them should your PC get infected with a Virus. Get your annual subscription for only $29.99 and never have to worry about attacks.