Your personal computer is an extension of you, and just as you would love to visit the best hospitals for treatment, your computer deserves the best Antivirus software for PC to help it fight off malicious cyber-attacks.

Fortunately, the advancement in technology has meant that antivirus softwares are better now than they were ages ago. However, so have cyber attackers enhanced their tactics. The computer of today is at high risk of being attacked by viruses and malware than it was decades ago, especially because of the increased cloud computing that relies heavily on the internet. 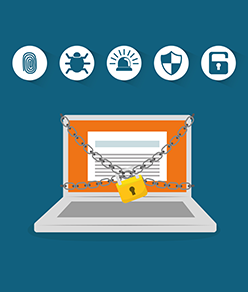 To that end, you should not just install an antivirus Protection for your PC for protection. You need the best. Features such as memory firewall, spyware, rootkits, anti-bots are now a necessity that each PC user must ensure their AV software provides. Even more so is the need to have the AV virus always updated with the latest virus definitions. And for such, you want a dedicated Antivirus software team with 100% guarantee 100% of the time.

The good thing about Windows 10 is that it comes with an inbuilt antivirus program known as Windows Defender, an upgrade from its predecessor, Microsoft Security Essentials. However, that is not to say that you're fully protected since the Windows Defender is essentially targeted to the light browsers and thus offers basic protection.

For the avid user of the computer, you need an external Antivirus software that offers full-time protection 24 hours a day. But again, it doesn’t have to cost you an arm and a leg to get such protection.

The best Antivirus software for PC is one which understands the unique requirements of each user and tailors their services to each individual. Even more better is an AV program that offers full protection without the necessary need to charge more, because they understand that your PC protection is not something to dangle with. And Comodo Antivirus fits this bill perfectly.

Windows 7, unlike its successors, didn’t come with an inbuilt Antivirus program. However, Microsoft had an external program that users can download and install. The Microsoft Security Essentials was to provide basic protection for Windows 7 users.

Even though it's tailored to work for the at-home user of PC, it still doesn’t offer enough protection. It is therefore paramount for every user who intends to protect themselves from the vicious cyber-attacks to have a third-party antivirus software installed, one that has their best interests at heart, and that does not dangle your protection for extra fees. And if that's what you're looking for, then go for Comodo Antivirus which is the best antivirus software for PC based on its usability and protection.

Equally, the Windows XP has its Windows Defender equivalent which is Microsoft Security Essentials. This has to be downloaded and installed and be updated regularly for new virus definitions. Windows XP, unlike later versions of Windows, is more prone to virus, malware, and other malicious program. This is because it was built decades ago making it an easy target for cyber attackers who have advanced technologies.

It is therefore essential for any Windows XP user to swiftly install another best antivirus protection that is more suited to deal with this new threats that sprout up every day. The MSE will not be enough if they want to transverse the online world safely. The best antivirus software for your PC should offer 100% guarantee 100% of the time that if you get infected, they’ll cover the cost of repair, because that's shows their commitment to protect you. And what better antivirus software than Comodo Antivirus that has such a policy?

The Comodo Antivirus is the new kid on the block for every Windows PC. To begin with, it has a simple user interface and maximum protection that has seen it scoop the best Antivirus Software position in the AV-TEST of 2019. Their extensive protection coupled with their affordable rates makes it the go-to AV software for any PC user. For only $29.99, you have full-time, all year round protection with 100% guarantee. What are you waiting for? Grab yours here.