What is DDoS and How Does It Work?

A DDoS attack utilizes several connected online devices or a botnet, which are used to flood a target website with fake traffic in order to make it unavailable. It can also be used as a smokescreen for other hostile activities and to take down security devices, rupturing the target's security perimeter.

DDoS assaults typically last for days, weeks and even months at a time, which is why they are extremely destructive to any online company. These attacks can also lead to loss of revenues, tarnish consumer trust, force businesses to spend a lot of money in compensations and cause reputation damage for the long haul.

Because the traffic sources are distributed, a DDoS strike is much harder to block than one originating from a single IP address. In light of this, a successful DDoS attack is a highly noticeable event affecting an entire online user base. This is why it's such a popular weapon of choice for cyber vandals, hacktivists, extortionists and other cyber criminals looking to make a point or champion a cause. 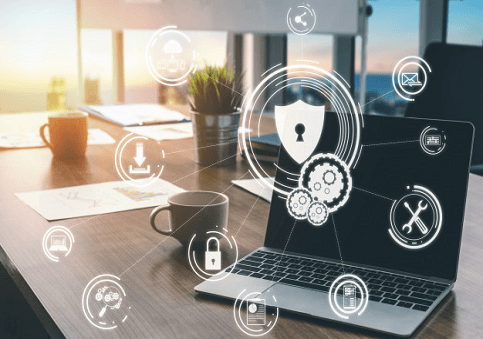 There are various types of DDoS attacks, and the most popular ones are:

Apart from using best antivirus Windows 8.1, let's take a closer look at some of the best ways on how to prepare for a DDoS attack.

A DDoS attack can hit any organization in such a blast that there's no time to think about the best steps to take. As such, it is important to lay out a plan that is defined in advance to enable prompt reactions and avoid any impacts. This incident response scheme is a critical step toward extensive defense strategy. It should include the assurance that your data center is prepared, and your team is aware of their respective responsibilities.

Although larger businesses may require complex infrastructure that involves multiple teams, compared with smaller companies, the key essentials remain the same for any company. This includes:

Ensuring as little user error as possible is the most basic countermeasure to mitigate DDoS attacks. Exercising strong security practices can keep your business networks from being compromised. This should include complex passwords that are changed on a regular basis, anti-phishing methods, and secure firewalls that only permit little outside traffic. Although these measures alone are not enough to stop DDoS attacks, they serve as a critical security foundation.

Suppressing network security threats can only be achieved with multi-level protection strategies in place. Among these is the use of best antivirus windows 8.1, such as Comodo Internet Security (CIS). Additionally, it also includes advanced intrusion prevention and threat management systems that unite firewalls, VPN, content filtering, anti-spam, load balancing, and other layers of your company's DDoS defense techniques.

You should also make sure that your systems are always up-to-date. Obtuse systems are usually the ones with most loopholes, which can be highly beneficial for malicious actors. By habitually patching your infrastructure and installing new software versions, you can shut more cyber criminals out.

Take advantage of the cloud

Hiring a third-party cloud-based DDoS prevention service offers several advantages. This is because the cloud has far more bandwidth, as well as resources than a private network has. Additionally, the nature of the cloud means that it is a diffuse resource. Cloud-based apps can absorb unhealthy or malicious traffic before it even reaches its intended destination. Ultimately, cloud-based services are operated by professional software engineers whose job consists of continuously monitoring the Web for the latest DDoS techniques.

The rapid evolution of DDoS attacks doesn't seem to slow down anytime soon. In fact, they keep growing in volume and frequency and even becoming more advanced, more forceful, and more prevalent in today's digital world. As such, DDoS mitigation should become an integral part of your company's technology stack.

Keep in mind that these attacks target data, applications, and infrastructure simultaneously to strengthen the chances of success. To fight them, you need a robust battle plan in addition to using the best antivirus Windows 8.1, which will protect all infrastructure levels.

Comodo Internet Security features a number of protection features. It monitors the activities of all applications and blocks any action that could damage your operating system or personal data. It also has an auto-sandbox feature that completely isolates untrusted files from the rest of your computer to keep your network safe.