Difference between Firewall and Antivirus

Firewall and Antivirus are similar in that they both offer protection from malicious activity directed at the device. However, there exist fundamental differences that are exclusive on both. Their functions are also quite distinct and one should never be used instead of another. While antivirus deals mostly with internal attacks within the computer, Firewall works to protect your private network from external interference and attacks from devices outside the network. 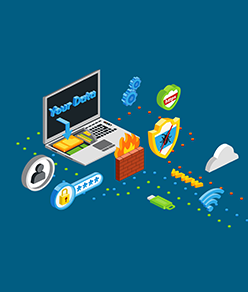 Here are major differences between the two:

Difference Between Antivirus and Antimalware

Malware and computer virus are terms used interchangeably especially by the less tech-savvy individuals. However, the two do not mean the same thing. While a virus is a piece of code that is capable of replicating itself and attaching itself on a computer's main program for execution, a malware is a general term for all programs that have the ability to cause malfunctions on the computer. Therefore, a virus is a type of malware but a malware is not a virus.

An antivirus is therefore a software program designed to identify viruses, worms, Trojan horses, and such types of malicious codes that have the ability to affects a computer's functions. An antimalware, on the other hand, is a more enhanced software program that offers more protection on all general types of malicious softwares, viruses, and programs such as spyware and adware that can affect the computer's functions. It therefore deals with both viruses and other types of malwares.

5 Differences Between Virus and Antivirus

Just as it is in their words, these two words are antonyms of each other even in their functions. A virus is a piece of code that adversely affects a computer's function. An antivirus is a software program designed to get rid of a virus. To further differentiate them, here are five differences:

Difference Between Antivirus and Antispyware Software

As stated, an antivirus is a computer software designed to identify, remove, and protect the computer from viruses, worms, and Trojan horses. A virus is a piece of code or program that can replicate itself and execute a set of functions that may compromise the computer.

An antispyware software on the other hand is a type of an antimalware program designed to specifically deal with spyware programs and get rid of them. Spyware is a computer program that is capable of installing itself and hiding in the computer's hard drive and collecting sensitive personal data including internet usage data. This data is then transmitted to another computer, usually to the person who launched the attack. The antispyware therefore protects the user from such a program and helps get rid of it once detected.

Comodo Antivirus is an antivirus as well as an antimalware program designed to effectively offer you all year round protection from all types of viruses, malwares, adwares, and spywares. It gives 100% verdict 100% of the time meaning 100% confidence in its functions. The program has been ranked as one of the best AV software due to its high scores in protection and usability in the Feb, 2018 AV-TEST. And for $4, you can receive complete protection all year round. So what are you waiting for? Grab your Comodo Antivirus subscription now.