Do I Really Need an Antivirus?

Do you ever access the internet? Do you have vital information on your computer? Do you have private files that if they were to land on the wrong hands you'd be doomed? Do you want your activities to be tracked online? If you answered any of those questions correctly, then you absolutely need an antivirus.

In this age and era of digital revolution where the internet has become our habitat, frequent cyber-attacks have also become a norm. Cyber criminals have advanced their activities, coming up with new sophisticated ways to launch major attacks every day. And while these attacks are majorly aimed at large institutions, individuals have also become a target. 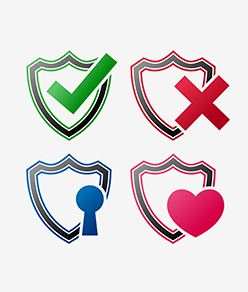 It is therefore wise to ensure that your computer is well guarded against virus and malware attacks that could cripple it and leave you exposed. Furthermore, a quality antivirus software will not only protect you, but will also remove such malware and viruses from the computer as soon as they're detected, saving you from data breaches and encryption. The question then shifts from “do I need an antivirus” to “why is it necessary to have one?”

Why Is Antivirus Necessary?

While viruses are becoming rarer on personal computers, other nuisances like malware, trackers, and even spyware are becoming increasingly common. Cyber criminals are no longer interested in your data and ransoms. They are more focused on getting your personal information and using it for their own benefit. Case in point, selling it to politicians and major companies about your online behavior to upsell you.

However, manufacturers of software products have become aware of this systemic problem, and personal computers and phones now come with inbuilt protection systems that provide basic protection.

And if the question "do I need an antivirus" still lingers in your mind, then yes you do. These inbuilt antiviruses are not strong enough to combat the ever sophisticated attacks that keep evolving. You need an antivirus that can handle such attacks, and you won't find it inbuilt the system. Sure, you can get free anti-viruses from the internet, but how sure are you that they'll offer you 100% protection. They have nothing to lose if you're attacked. Why should they dedicate their resources to protect you?

Do I Need an Antivirus for Windows 10?

Windows 10 came with major updates one of which was the enhanced Windows Defender and Firewall. These are built into the operating system and do not baggage the CPU with extra processing power. It works perfectly in the background without affecting your work on your computer. And while this sounds all roses and sunshine, it doesn't offer complete protection for your computer. For one, malware and cyber criminals keep coming up with new ways of attacking, which Windows 10 might take a while before updating. In such instances, your device may be left unprotected.

A third-party antivirus can be added as an extra layer of security especially for individuals who spend a lot of time online and conduct most of their work through the internet. This is because a third-party antivirus is fully dedicated to protecting your computer and will have the latest virus definitions up to the minute, giving you all-time protection.

And while not every third-party antivirus will do the magic for you, ensure that the one you choose comes from a reputable company and has verifiable reviews that it meets the prerequisites of a good antivirus program. A free antivirus is not necessarily bad. But it might not offer you full protection, defeating the purpose of installing it in the first place.

If you really want an effective antivirus without breaking the bank, then the Comodo Antivirus is all you need. Comodo Antivirus comes with a virus warranty that guarantees you of 100% protection, failure to do so, we’ll cover up to $500 of the cost of repair. Not only does it offer antivirus features, it comes with anti-spyware, anti-rootkit, bot protection, anti-malware, and memory firewall.

Comodo Antivirus is supported by all major operating systems including all versions of Windows 7, 8 and 10, Mac OS, Android, as well as iOS. It has been ranked as one of the best antivirus software for Windows users owing to its high AV-TEST scores in protection and usability. So why don't you jump on this opportunity and protect yourself from online savages with Comodo Antivirus?