Home   >
Check Your Phone for Virus

How to check your phone for a virus

Modern cellphones are, essentially, small computers and, as is often pointed out, even budget-friendly Androids have more computing power than the desktops of just a few years ago. This means that cellphones (both Android and iOS) are targets for people who create malicious software.

At the same time however, even premium cellphones can suffer from performance issues which have nothing to do with viruses, so you shouldn’t panic any time your phone behaves oddly. What you should do is undertake some basic troubleshooting and then make an informed decision on what to do to resolve the issue. 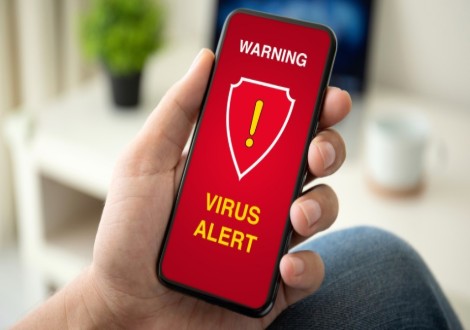 Signs your phone almost certainly has a virus

If you see any of these signs, it’s odds on that your phone has a virus. You can try downloading an antivirus app and letting it do its work, however you’re going to need a bit of luck on your side for this to work. Basically malware creators are now becoming increasingly astute about blocking victims from downloading/installing the software which would deal with the problem they’ve created.

If you’re stymied here, you have two options. Option one is to do a full factory-reset of your phone. You may need to do this through the hardware as the malware may have disabled the option to do it in software. This could actually be the low-hassle option if you only have minimal content on your phone (as opposed to in the cloud).

The other option would be to go through your phone, step-by-step, paying close attention to your browser and apps and try to find and delete the virus. This could be your preferred approach if you do have a lot of data on your phone. Just be aware that even if you find the virus, you may be prevented from uninstalling it. In other words, you may spend a lot of time discovering that you’re going to have to do the factory-reset you could have done in the first place.

Signs your phone very possibly has a virus

Similarly, lots of adverts appearing on your phone could be a sign of malware. It could also be a sign that you’ve downloaded an app which is largely funded by adverts and you just didn’t realize how many of them would be pushed your way. This is so common that there’s even a name for these apps, they’re called PUPs, potentially unwanted programs.

In either case, treat these symptoms as potential signs of a virus and follow the steps above. If you’ve just downloaded a questionable app (as opposed to a malicious one), you’ll be able to download and install an antivirus and it will probably flag up the problem app for you to decide what to do with it. If you can’t download and install an antivirus, then you can take it as read that you have malware on our phone and so you need to follow the steps above.

Signs your phone may have a virus

If you see either of these signs on a phone which is relatively new then either the phone has a virus or it’s defective. In most cases, however, the number one reason for performance issues is that the phone is quite simply overloaded and needs a good clean up. Do this first before downloading an antivirus app. First of all, it may solve the problem and secondly, if your phone then refuses to download an antivirus app you can be confident that the issue is a virus rather than your phone just being too overloaded to cope with any more apps.

Similarly, the number one cause of poor battery life is age and the number two cause is excess cold (excess heat is also bad news). Modern lithium-ion batteries do not necessarily “age gracefully”. Try changing out your battery before you start worrying about malware.

You can save yourself a lot of hassle by installing an antivirus on your phone as soon as you get it. Head over to this page right now to get Comodo antivirus for your phone and keep your personal data nice and safe!