How to Scrutinize and Remove Virus Android

Truth be told, Android malware is not so common, but it exists. Virus in such incredible Operating Systems is an infrequent thing. But, when looking at the facts and figures, it is very clear that the android virus comes in all shapes and sizes.

To defend the Operating System from misbehaving, there is a need to remove the malware first. And, to remove virus Android, antivirus software is required.

When an Android OS embraces malware (spyware, ransomware, or other viruses), it starts to present sluggish performance. 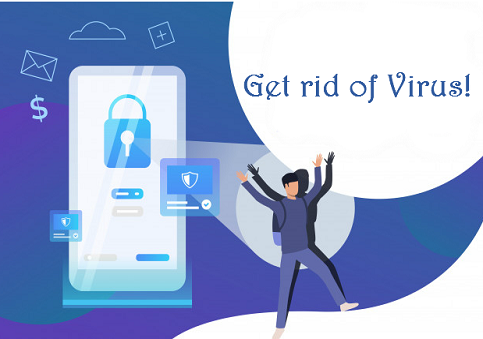 Virus in Android- Myth or Truth?

Android, being the most popular Operating System in the entire world, has faced a myriad of virus attacks. Aside from being developed by Google, this leading mobile OS gets compromised sometimes.

In the past, we all believe that only Computers are attacked by viruses and not the Smartphones. But, these days, it is true that Android users are also facing major virus attacks.

When using a web browser on the Android OS, it automatically redirects to another site.

Or, you see loading sign for a long time, even when your internet speed is good enough.

Or, there are some dubious pop-ups from other websites.

Or, you are experiencing sluggish performance in your Smartphone.

If these are the issues with your phone, then data and information can get compromised anytime. There is a need to check and remove virus Android from phones at once.

Well, it is not always the Virus that results in poor performance. Sometimes, it is the junk files that you keep collecting while using the Internet, Bluetooth, and many other ways. Clearing caches on time or erasing all the data (if not needed) from the Smartphone might help to get rid of the issue.

How to Discover if an Android OS has a Virus?

Virus in Android smartphones is not a regular thing. But, if they exist, the risks of data being compromised are always there.

Sometimes, Android users find an app extremely likable and wish to download it outside the Google Play Store. This is the step when one calls for malicious infected files by own.

Avoiding such steps can help boost the device performance and, of course, keep you safe from such cyber attacks.

Google always tries to serve the best of apps and software updates to keep things in the right shape. So, it always better to choose the Google Play Store than any other malicious link from the spying website.

Well, back in the days, you might have heard of Google Play Store having several viruses. Even the Google Play Store is not always the safest of places to download your favourite apps. So, having antivirus software that perfectly looks after app downloads, shared files, device connections, and all other activities would be a wise decision.

Let us put together some information on how to check Android viruses.

Going for the app that seems perfect on the outside but dodgy on the inside is already a red flag. There are some cool apps that keep showing the pop-ups and ask for the credentials in the later period. Avoid such dubious apps!

Dealing with those annoying pop-up ads is a challenging task.

When using any internet browser, it is easy to block such ads, but what to do when there is no app or browser is running?

Well, this is the time when your Android OS is heading to go out of order.

An app that worked flawlessly in the past is now crashing without explanation is the direct sign of the virus in the device.

If you are dealing with such malicious crashing apps, then remove virus Android with the help of special antivirus.

Malware in the Android Os is one of the major reasons behind battery drainage without notice.

The battery starts to misbehave or drains even when fully charged, is a common symptom of a virus.

Going for Comodo Antivirus to remove virus Android smartphones or tablets would be a wise decision.

All in all, now we know that Android Operating Systems are not prone to viruses easily. Still, there are chances where malicious files create an infection in the device. You can choose Comodo Antivirus to remove virus Android and stay out of such dodgy troubles.