Android Virus Scanner – Do you Need It?

We all are familiar with the risks and devastating consequences of viruses and other types of malware on PCs, but now this malicious software is targeting our smartphones too. The threats are on the rise and constantly evolving. The 2019 Mid-Year Report indicated that virus and malware attacks targeting smartphones have increased by 50%.

There are several different ways your Android device can catch malware, so having an Android virus scanner app is essential. You might have thought the Play Store would be safe, but you would be wise to think again. Google detected and removed around 700,000 malicious apps from its Play Store in 2017. The fact that these apps made it onto the platform in the first place doesn’t inspire confidence. 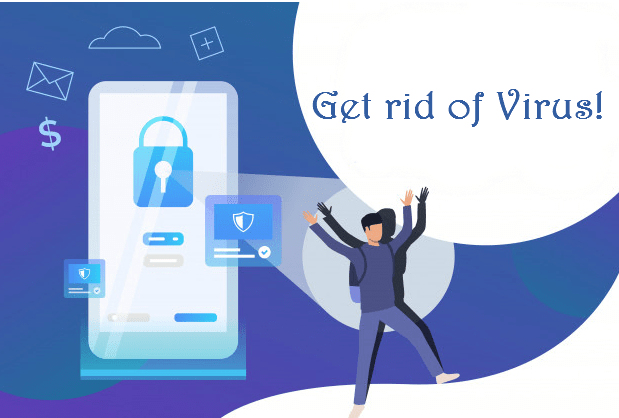 Malicious apps can pose as helpful utilities or can be copycats of popular apps, with the same name and icon. These can be found on the Play Store or as APKs that can be installed manually. You can also get malware from email attachments, text messages, WhatsApp hacks, phishing scams, sketchy download links and more.

A famous example of Android malware is Triout. It was originally found in August 2018, bundled with a legitimate application on the Google Play marketplace. This malware hides on Android devices and record phone calls, save text messages, record videos, take pictures, and collect your location. Although the original version was active only from May 2018 to December 2018, there are now new variations being discovered.

If this is not enough to convince you that you need an Android virus scanner, here we will cover more reasons.

Various malware-infected apps were discovered on the Play Store numerous times, so Google decided to make a big push towards security with the Play Protect program. This security suite is a combination of an Android virus scanner and the Find My Phone app. Under this, Google offers protection from both hackers and thieves, and it's baked right into Android itself. Play Protect antivirus provides protection in different ways. Apps and their updates are scanned when uploaded to the Play Store, and if any suspicious code is detected, it is removed. Google also scans the app before it is installed on your device to again verify that you are not installing malware. Additionally, Google scans apps you download whether through a third-party app store or a random APK.

Play Protect was announced during Google I/O 2017, still, the Play Store has continued to house hundreds of malware-infected apps. Google eventually removes the apps, but only after millions of devices become infected with malware, adware, ransomware, or worse. You can download several third party Android virus scanner apps that exceed the industry average detection rates.

Minimal Use of Resources

One issue that has always plagued antivirus apps is the heavy slowdowns they cause while running in the background. Many older antivirus scanners require high amounts of resources, which reduce performance and negatively impact battery life. However, these issues aren't found in the Android virus scanner apps we recommend. Our testing, as well as research performed by AV-Test, demonstrated that battery and performance impact is minimal. In short, current antivirus apps are much more efficient than the ones you may have installed a few years ago, so there's no reason not to have one on your Android device.

Similar to Play Protect, the third-party Android virus scanner apps act more like security suites than just antivirus scanners. While most will require a subscription fee, these features add true value to the security and privacy of your device. One example is anti-theft protection. These apps not only offer the three pillars for protection, remote wipe, remote lock, and locate, some even include remote access via SMS. Instead of requiring a web browser to initiate the remote wipe or lock, you just send a text message. Especially in a pinch, this is more accessible and faster than using a browser.

Android virus scanner apps are not what they used to be. They are no longer just scanners that slow down performance, eat up the battery, and never find any malware on your device. Instead, they have evolved into platforms that address all your security needs.

We know the Play Store is infected with malware and that Google playing catch-up when it comes to finding all of them. Instead of depending on Google and its low detection rate, put your trust in Android virus scanner apps.