Three reasons to use a paid antivirus app for Android

You get a far higher level of protection 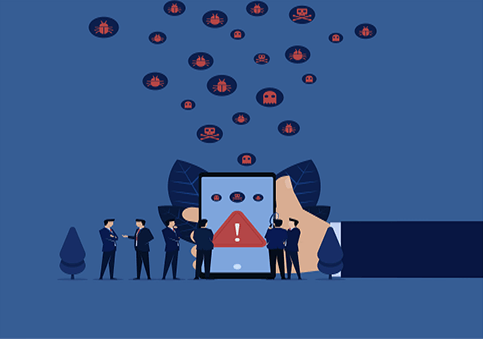 For example, high-quality paid antivirus apps for Android will include functionality to block push ads, which are basically the mobile equivalent of the pop-ups which are the nuisance of the main internet (and which can also be dangerous). The best paid antivirus apps for Android will also include protection against USSD attacks. These are attacks which leverage the cellular network instead of the regular internet. They are becoming a more significant threat not only because more people have smartphones but also because cellphone numbers are now a fairly standard form of identification.

They’ll also provide protection against spam calls and texts by checking caller IDs against lists of known spammers. This is more than just a convenient way of filtering out sales calls and marketing texts. Sometimes phone calls can be the starting point of a targeted fraud and sometimes they can be “phishing” calls in which the caller tries to trick you into handing over the information they want, often your payment details.

On a similar note, text messages are essentially mini-emails and as such can carry the same threats as regular emails, particularly with regards to spreading viruses. The seriousness of this threat is growing because so many genuine companies are now using SMS as a means of informing people of important information, which means it can be much harder for users to work out what is genuine and what is not, especially when they are tired and/or in a hurry.

You’ll get better performance from your mobile

If nothing else, using a paid antivirus app will mean that you avoid the significant quantities of malware disguised as antivirus apps, which can cause you serious problems. You’ll also avoid the adverts and other bloatware which are par for the course with the free versions of legitimate products. Basically, the companies behind them generally (and understandably) want to earn some revenue from the antivirus apps they have worked to create (and are continuing to work to maintain). It is therefore standard practice for them to show adverts and since ad revenue is notoriously low, they often use high quantity to make up for low quality.

By contrast, a paid antivirus app will be based on high-quality code and be free of all added baggage, meaning that it will run as efficiently as any security app possibly can. The best apps will have functionality to help you optimize your system settings to counterbalance the app’s payload as much as possible. They will also offer you the option to schedule resource-intensive tasks for a convenient time. For example, you’ll have the ability to run deep-level scans when you are asleep, rather than having them decide to run when you need to use your mobile device.

You get a much better customer experience

In simple terms, when you use a free antivirus app for Android, you are simply a consumer, you are not a customer. You may be contributing to the company’s bottom line by watching adverts, but regardless of how many adverts are pushed out to you, you are highly unlikely to be making them the sort of money they receive from the people who buy their paid antivirus apps for Android.

Because of this, realistically, the best you can hope for is that the company behind the antivirus app has a decent knowledge base which can assist you with setting up your antivirus app correctly and resolving any issues you may have. As a paying customer, you can expect access to proper customer support with agents who speak your language and know their stuff. Comodo, for example, is known for its excellent customer service and its market-leading antivirus app for Android is very competitively priced. Head over to the Comodo website to buy it now and get the protection you need for a price which won’t break the bank!