Reasons Why Your Internet Connection is Slow

Over the past few decades, the internet has grown to become a fundamental part of everyone’s lives. In fact, the latest data shows that the number of internet users all over the globe has reached 4 billion in 2018. Global industries have also joined the increasing reliance on internet access by establishing digital marketing strategies and maximizing social media presence. Indeed, having a slow internet connection nowadays can severely affect an individual’s productivity and global industry development. 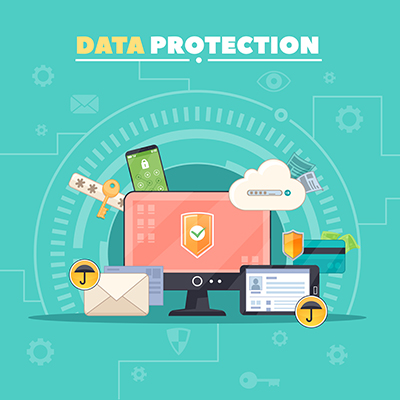 How you’re connected to the internet

When it comes to having quality internet standards, it is important to know how you are able to connect to your internet. Is your internet connection wireless or wired? Are you connected via Internet or Ethernet? Nowadays, people commonly use Wi-Fi in order to match with popular wireless products. While the speed of Wi-Fi have increased over the years, Ethernet is still the only connection that can reach up to 10 Gb/s with Cat-6 cable. This is highly recommended for businesses who still use desktop computers. If you want to further increase the speed of your internet, consider using a Cat-6 Ethernet cable.

Location of the router

Wireless technology is a gift to mankind, but it’s not as flawless as it seems. Internet users should expect a slow internet connection if they are too far from the router, just like how we can’t get any phone signal if we’re too far from the cell tower. Because each router has a limited range, it’s best if you stay within its range. You may also notice a boost if you put the router inside your room. However, there are cases wherein decreasing the distance between your router and device is not an option. For these cases, Wi-Fi extenders are highly recommended in order to extend the coverage of your connection.

Too many internet users

If you’re experiencing low internet speed despite having no problems with the connection and signal, chances are the culprit is network traffic or having multiple users on the same server at once. Network traffic jams can cause a misconfiguration on the part of the host server, which leads to an instantaneous slow down of your internet speed. Make sure that your server can handle multiple users before sharing internet access to others.

Router, ethernet cable, and computer hardware — these are all part of the network equipment which should be considered in observing your internet speed. Using a new router is a great way to maximize your internet speed compared to sticking to the old ones that have weak antennae.

If you’re always on the field and rely on cellular data to access the internet, it’s best to use an industrial LTE router rather than 3G, as it provides more speed. Inspect your network equipment just in case it has damages. Any defects on the equipment is also a factor in low internet speed such as having a weak processor or faulty cables, so fixing this would almost certainly result in boosted internet connection.

Two of the most notorious causes of poor Internet speed are spyware and viruses. Spyware has a knack for monopolizing your internet connection by running in the background and using the internet without permission. What adds delays is its unwarranted monitoring of internet use and keystrokes. If you let multiple spyware programs continue to run at the same time, it is more likely that you lose connectivity altogether.

On the other hand, computer viruses are even more popular — ranking number one on the list of most well-known causes of poor Internet performance. Viruses spreads its infection by installing a computer code and sending thousands of copies of itself via email. Just like Spyware, it doesn’t provide any indication that it’s running so it's best to run your antivirus software at all times.

To get the best Internet service, it is highly recommended to conduct a regular run of reliable antispyware and antivirus program to clean out any signs of infestation. In most antivirus comparison reviews, Comodo Internet Security has been a top contender for Windows 7, Windows 8, and Windows 10. In fact, it has been listed as one of the Top Products in the Feb, 2018 AV-TEST. With the highest scores in protection and usability, this Internet security product is now considered to offer the best antivirus software for computer users.