These days whenever you get a new Android device, you should make it a top priority to install antivirus protection.  It doesn’t matter if you’re using an entry-level device or a premium-level device, what you’re really protecting is your data, which is, literally, invaluable.  With that in mind, here are four points to check when choosing antivirus protection for Android devices. 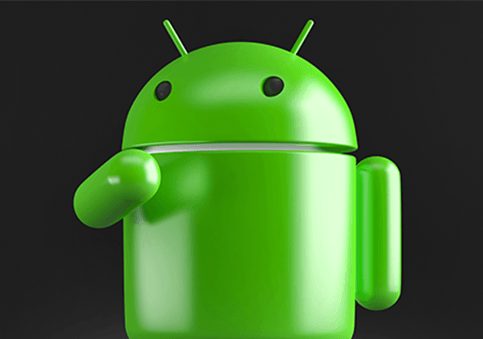 Check that the provider is legitimate

Google has really upped its game when it comes to vetting the security of the apps on its Play store but realistically all it can do, at least at this point in time, is try to make sure that the apps are not malicious in nature.  It can’t really verify whether or not any app actually works as stated. To be fair, there are user reviews to help with that, however, these have to be treated with some degree of caution as, sadly, these can be gamed.

There is nothing Google can do about apps which are made available for download on other platforms.  If you’re open to looking outside of the Play store, then, realistically, the only safe approach in this situation is to stick to reputable, mainstream providers like Comodo.

Please remember that there is a significant number of viruses which disguise themselves as legitimate antivirus products.  These are often what are called “Trojan” viruses, because they work by tricking the user into making an action which activates the virus.  So, for example, once the user has installed the product, they will be instructed to click to start a virus scan, but actually, the click will instruct the virus to start running.

Check that the app offers all-round protection against malware

Even IT-security experts often use the term “antivirus” when they really mean “antimalware” and since the term is now so commonplace it’s probably going to stick around for at least the foreseeable future.  In reality, however, viruses are only one specific form of “computer nasty”, there are a lot more out there, including adware, malvertising and spyware.

Adware is basically software which runs excessive/nuisance/dangerous adverts.  Malvertising is a form of cyberattack in which the attacker puts a malicious link into what looks like a legitimate advert and is hosted on a legitimate site.  Spyware, as its name suggests, is software which allows the attacker to spy on a user’s behavior, e.g. follow their keystrokes. It can be used in targeted attacks by cybercriminals, but, even if you think you’re not a target for this kind of attack (which is a risky assumption) it can still be used by malicious actors who have personal issues with you.

If you’re looking for antivirus protection for Android cellphones (or for a tablet which uses a SIM card) then it’s very much preferable to look for an antivirus product which offers protection against USSD attacks.  In simple terms, these attacks come from malicious webpages but they work by exploiting the mobile network rather than the mainstream internet and hence can only be carried out on devices with SIM cards. This kind of attack is becoming increasingly dangerous due to the growing practice of using cellphone numbers as a means of verification.  For example, Twitter CEO Jack Dorsey recently lost access to his own Twitter account due to what Twitter said was a “security oversight” on the part of his network.

If the antivirus protection is for your Android phone, check that it can block calls and texts

In principle, you can block numbers manually, but it can be a very tedious process, especially since most people will do it reactively, in other words, they’ll get a nuisance call or text, check the number and then block it.  When you use effective antivirus protection for your Android device, it will have access to a database of rogue numbers (which will be kept regularly updated) and can therefore stop them without you being in any way inconvenienced.  This functionality is again becoming increasingly important for the same reasons as USSD protection is important, i.e. the fact that cellphone numbers are increasingly used for the purposes of identity verification.

Check it has functionality to optimize your Android device’s performance

his may seem like a small point and on higher-end devices it may be, but even higher-end devices can be slowed down if too many demands are placed on them.  The reason why you want your antivirus protection to be able to optimize your Android device’s performance is so that it will counterbalance the effect of the antivirus performing its security checks.  Comodo antivirus protection for Android runs beautifully, even on entry-level devices and is available at a very affordable price. Head to the Comodo website to buy it now.