Like buying any product, you must compare the features offered by different antivirus software solutions before finalizing on an efficient antivirus software that would ensure the protection of your computer and your organization's IT systems. When a computer/device gets infected, the infection could spread to other devices connected to the same IT network. The complete IT network would get compromised and the infection could also spread to client systems that connect to the enterprise network.

The implications of malware infection can be quite severe – loss, corruption, and theft of data (including sensitive details such as account credentials), theft of corporate strategies, eavesdropping on corporate communication, Man-in-the-middle attacks on the network, degrading the performance of the systems, and locking down systems. If your computer stores sensitive client data, and if it gets stolen and the data gets misused – as in the case of the famous Target breach, then you may have to face the legal suits filed by your clients. This will also lead to loss of visitors, business and reputation. 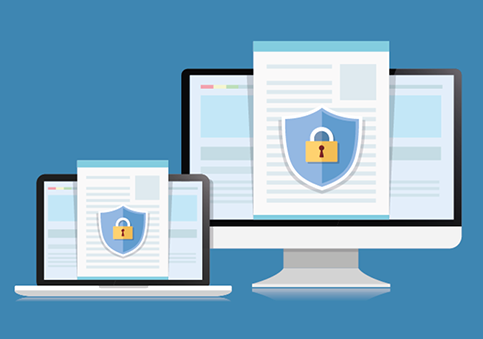 Before you venture to perform Antivirus Software.Comparison, you must get to know the essential features that you need in the antivirus software. There is no point in spending on an antivirus software solution that would not provide the necessary security.

Features Necessary in an Antivirus Software

Most antivirus solutions function based on signature-based detection, by comparing the new file against a database of virus definitions – and this is known  as blacklisting process. If the definition exists then the detected file is quarantined or deleted.

There are freely available tools that can modify the identity of an existing malware, so as to appear as new. Such files cannot be detected by traditional antivirus solutions as they do not have the mechanism to detect them.

The Comodo Free Antivirus software is provided as part of the Comodo Internet Security solution and it is the only existing antivirus software that provides protection against "unknown malware". Unknown malware is malware that has not yet been detected by any antivirus solution. Hence, a definition of the antivirus would not be available in any database. The easy availability of tools to modify existing malware so that they are able to bypass existing antivirus solutions has led to countless such new malware being released every day. Such malware can cause havoc to the computer and the IT systems.

You need antivirus software. Perform a comparison of solutions that provide protection against unknown malware and zero-day exploits. Traditional Antivirus Software.Comparison does not serve the purpose.