What are the Security Features of Windows 8?

As compared to old versions of Windows operating system, Windows 8 surprises its users with new Start screen and applications. While the colorful visual elements are the first changes you will notice, other things have improved as well. Aside from the best antivirus for Windows 8 software you can install, Microsoft has made some serious security enhancements to ensure a safer system and to develop the ability of Windows to defeat viruses and malwares. 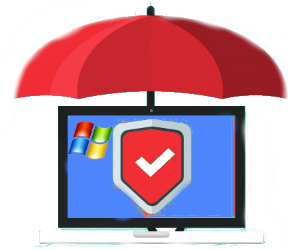 A Quicker and More Secure Startup

New computers are shifting to a new type of boot method. Microsoft, through Windows 8, is promoting UEFI or Unified Extensible Firmware Interface. This aims to improve and eventually replace the old standard, BIOS boot system, which is used by most PCs for decades.

UEFI offers a number of benefits including better security and quicker booting times. This new booting method will allow your PC to start up more quickly - even as little as 8 seconds, from the time you press the power button until you reach the desktop screen.

The Secure Boot feature of UEFI can help fend off advanced malware such as bootkits and rootkits and stop other bootloader attacks so your computer remains safe and damage-free. While Windows 8 will still function on PCs with the old BIOS boot system, Microsoft will require new computers with Windows 8 Certification to use the UEFI boot system. The only downside of Secure Boot requirement is it tends to complicate the process of using Linux distributions or dual-booting multiple operating systems.

With the release of Internet Explorer 9, its SmartScreen Filter had a few updates, helping detect and halt potentially malicious programs that you download. This complements Internet Explorer’s website filtering feature, which can prevent phishing and accessing dubious sites.

With Windows 8, the program-monitoring ability of the SmartScreen Filter is now built into Windows itself. This means that this feature will work regardless of the browser you are using – whether IE, Firefox, or Chrome.

Once you run a program that you have downloaded from the web, the SmartScreen Filter will check it against a list of known safe applications. If it finds any malware, it will automatically alert you and you could further investigate the program as well the source where you downloaded it. You can proceed using the application if you find it safe after the evaluation.

Because of this additional feature, Microsoft is removing the previous Security Warning alerts that appear whenever you first open a downloaded program. This old alert used to show you the verification status of the publisher and gives you warning you about running programs downloaded from the Internet.

Windows 8 also provide new forms of logging on to your Windows account. Once is the four-digit PIN and the other is the "picture password." For the latter, you need to choose a photo and draw three gestures which could be a combination of circles, lines, or taps/clicks to create a code. It is a more creative and fun way to access your account. Meanwhile, for the PIN, you have to enter a four-digit combination to log in.

Take note that whichever password type you want to use, you will still need to set up a regular password. It is necessary if you need administrative approval for changing system settings as a standard user.

To ramp up the security of your Windows PC, Microsoft offers pre-installed antivirus software in Windows 8. This will protect Windows users from viruses, spyware, Trojan horses, rootkits, and other malware from the very first day that they will use their computers. And the best part of this is that they don’t need to pay anything.

Windows 8 offers an updated version of Windows Defender. It features basic antivirus functions, spyware protection, and other security features that it has offered previously. Windows Defender looks quite similar to free Microsoft Security Essentials antivirus program that has been offered to users as an optional download since 2009.

Although Windows Defender can provide the basic malware protection, it is suggested to purchase the best antivirus for Windows 8. One of the best security suites we can recommend you is Comodo Internet Security. It is an antivirus, anti-malware, and anti-rootkit software rolled into one. Its Defense+ feature can block malware before it penetrates your computer while its auto-sandbox technology can isolate unknown executables in a virtual container, preventing them to damage your legitimate files. For only $29.99, you can have peace of mind knowing your computer is secure from threats.