2019 has been a busy year for security products with the IT security industry is constantly bombarded by various security attacks. With such an unprecedented increase in the number of security attacks this year, the need for securing your computers using at least the most basic form of protection like an antivirus package is more than ever now.

This article takes a look at some of The Best Free Antivirus Programs of this year using which you can safeguard your PC(s) against the security threats which seem to be raining down on us at the moment. It tries to answer vital questions like what is best in the industry, why we've chosen them, whether free antivirus is better than the paid ones and so on. Read on to know more.

Free Antivirus Vs Paid Antivirus? Which Is The Best? 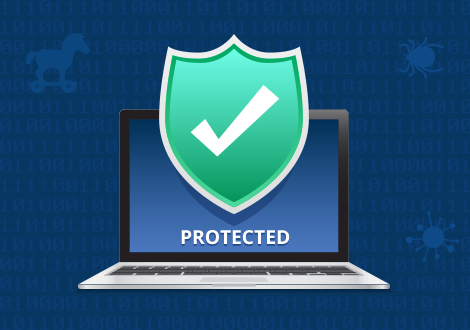 Why (and When to Use) Free Antivirus Software?

This is a very tough question to answer because what's good today may not be so effective tomorrow. Time and security threats which constantly expose vulnerabilities existing in security software can change everything. But using some reliable statistics we've put up on this list which proves useful to you if you're someone in search of an antivirus package.

Comodo antivirus: Certainly one of the best in the IT security industry. Known for being innovative, Comodo antivirus package comes equipped with their proprietary Defense+ technology which considers all unknown files as potential threats. This is one of the biggest advantages of using Comodo because many antivirus software(s) assume unknown files to be safe, focusing only on those files which have proven to be a problem.


Avast: This antivirus tool makes it to the list chiefly because it has been around for quite some time. Since 1988 to be more precise. A tool which lasts the test of time is obviously going to be a tool which serves users well. Having said that, Avast is also popular for its "heuristics engine" which detects previously unknown viruses and other malware.


Avira: The wide range of malware threats this security tool handles is what places it at number three position in our list. Avira is a fully functional antimalware tool and undoubtedly one of the best free antivirus programs out there. Above all, just like the others in the list, it's available for free.


AVG Antivirus: AVG, which stands for Antivirus Guard is another free antivirus package which is a subsidiary of Avast software, has attracted a lot of attention in the security market. The free antivirus software tool is compatible with the following operating systems: Windows, macOS, and Android.


Bitdefender: Simplicity is key when it comes to making software. And the developers of Bitdefender seem to know it better than anyone else. Their antivirus tool is incredibly easy to setup and configure and doesn't affect your computers. Highly recommended.


Kaspersky: The fact that US Government has decided to officially ban Kaspersky from its governmental, finance and other such organizations, does not make it any less effective. It has been around for a long time and is here to stay. Moreover, they offer antivirus package for free.


Sophos: Yet another free antivirus software tool which can prove useful for users. Comes equipped with a multitude of features that make its free edition appear really attractive.


Panda: Another free antivirus software tool which deserves a place on this list. This is a cloud-based antivirus tool which can be light on your network, meaning, it won't slow down your computers and at the same time protect them well.