What are the Best Paid Antivirus Software

Despite how technology has evolved, hackers and cybercriminals have remained a plague in the online world. The rising security threats that even victimized big corporations is enough reason to be more vigilant when it comes to cybersecurity. But in a market saturated with a wide range of options, it helps to know more about the best paid antivirus software to consider.

Bitdefender is one of the best paid antivirus software for Windows that provides well-rounded protection to computers and other devices. Its most exceptional features include ransomware protection, optional VPN feature, anti-phishing module, privacy tools, and Safepay. 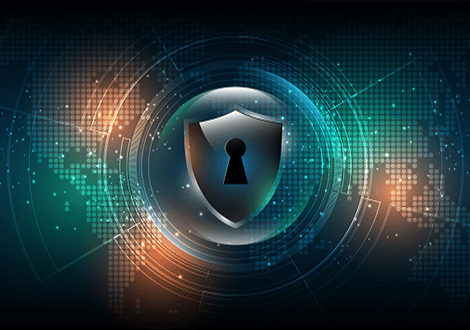 It provides web filtering to block users from accessing malicious sites, a password manager that helps auto-complete the user's credit card details when required by web forms, and a secure browser for safe shopping and online banking transactions. While it may be a bit more resource-intensive than other antivirus software, a disadvantage for devices with less robust systems, its features and multiple discounts throughout the year more than makes up for the issue.

Even brand new malware won't be able to act out against Norton Antivirus Plus. It is among the best paid antivirus software because it offers financial security, advanced privacy security, and global civilian intelligence network. It only covers a single device.

One more thing that qualified Norton AVP as one of the best paid antivirus software is that it features a URL blocker that prevents users from visiting known malicious sites. It is backed up by a file reputation service, which detects suspicious downloads, and an intelligent behavior monitoring feature, which immediately quarantines potential threats. Scans can be done on demand or with a schedule, whichever is more convenient for the user.

Other features that made Norton AVP among the best paid antivirus include its 2GB additional cloud backup compared to the basic version, being user-friendly, high rating from testing labs, and ability to function with the least possible impact on the computer system's performance.

This is a user-friendly and affordable antivirus that covers as many as five devices with a Windows OS. It focuses on malware detection and prevention as it blocks malicious URLs through web filtering, uses smart monitoring technology to snoop out malware before it can harm the system, and conducts an antivirus scan to detect and remove any threat. It is easy to use with simple buttons and options that do not intimidate users. Even new users can rely on the on-screen instructions until they learn how the software works, proving once more why Kaspersky AV is one of the best paid antivirus software in the market.

This antivirus may cost more than other programs, but its features give users their money's worth. It covers up to three devices that run on Windows, iOS, Mac, and Android. This is among the best paid antivirus software that features excellent antivirus software, banking protection for secure online shopping, and family safety tools. F-Secure has a user-friendly interface and works pretty light without much effect on the device's system performance. It can work mostly on its own while keeping the system secure.

Comodo deserves this spot as one of the best paid antivirus programs because of its full protection suite. Its top features include secure shopping, cloud-based scanning, round-the-clock tech support, firewall, and real-time protection. It covers only a single Windows device.

Once Comodo is installed, it gets to work by automatically isolating unknown executables and suspicious files in its patented virtual containers, thanks to its Auto Sandbox Technology. This prevents the files from accessing the user's system and its data. This is another reason why Comodo earned its spot in the list of the best paid antivirus software.

It also detects even new viruses online through its cloud based antivirus scanning that runs real-time VirusScope behavioral analysis. If this step is unable to produce a verdict, the suspicious file gets sent to human researchers for further analysis.

Comodo earns its spot in the list of the best paid antivirus software with its other features, which include anti-spyware, bot protection to prevent zombie PCs, anti-rootkit, anti-malware, virus-free warranty, memory firewall, and unlimited live expert virus removal.

These are all paid versions of antivirus programs that mostly require users to pay for an annual subscription. However, they do their work well in protecting the devices, ensuring the users' privacy, and giving users the peace of mind that they deserve as they continue browsing online, shopping, and even completing banking errands.