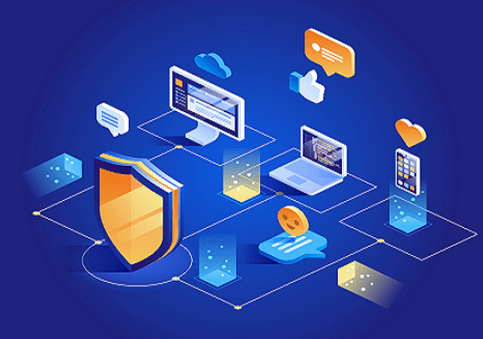 If you’re running a very old version of MacOS, you may struggle to find an antivirus program

In simple terms, as operating systems develop they generally improve their security features and to avoid performance-draining bloat, makers of antivirus programs for Macs focus, essentially, on filling in the gaps in the security offered by the platform itself, of which there tend to be a lot partly because the companies in question are not security companies, but mostly because the field of cybersecurity moves so quickly that it is (currently at least) effectively impossible for the makers of operating systems to keep up with it the way security-focused companies do.

You need more than XProtect to keep you safe online

XProtect (more properly known as File Quarantine) is a security program which now comes bundled with MacOS.  The big difference between XProtect and standard antivirus programs (and one of the main reasons why XProtect on its own is insufficient protection) is that XProtect only scans downloads, rather than continually monitoring the system as standard antivirus programs do.  This has the advantage of reducing the level of system resources consumed by the process, but it has the disadvantage that the only threats it is able to detect are those posed specifically by downloaded files.

While this is still a fairly high percentage of all cyberthreats, it cannot offer protection either against malicious software installed directly from physical media or from cyberthreats which can operate without being downloaded.  For example, back in 2016, Spotify became the unwitting host of a “malvertising” attack in which cybercriminals bought adverts on the site (via an intermediary) and used these adverts to host malicious code which was able to attack computers without being downloaded.  In other words, it was enough just to view them on the screen. XProtect would have been utterly useless against these kinds of attacks.

Modern viruses really need to be quarantined during disposal

Obviously the first aim of a modern antivirus program is to stop users from picking up a virus in the first place.  The second aim of a modern antivirus program is to ensure that any virus infection is dealt with quickly, robustly and safely.  This is why high-quality antivirus programs will typically move any virus into a “sandbox” (or quarantine area) while they work on eliminating it.  This way, if a more sophisticated virus decides to spring any nasty surprises before it is removed, these will be held within a safe area rather than potentially spread through the user’s entire machine.

In the early days of security software, there was a tendency for security companies to sell different forms of protection on an individual basis, for example, it was fairly common for users to need to purchase their firewall and their antivirus completely separately.  There was a logic to this and it can, occasionally, still make sense today, albeit usually only in environments which are run by skilled IT professionals, so either businesses or the occasional, highly-knowledgeable home user. Even in the business environment, however, it generally makes sense to use an integrated solution and it certainly makes sense for the vast majority of home users.

As a minimum, therefore, a high-quality “antivirus” program will not only provide robust protection from classic viruses, but also be effective against broader forms of malware (such as adware and spyware) and protect the user’s privacy when browsing online (essentially perform the function of a classic firewall).

There is a difference between price and value

To be blunt, the growing awareness about the importance of cybersecurity has made the public in general more willing to invest in robust security software.  While this higher level of public awareness is a great positive in many ways, it has also opened the door to malicious actors to seek to take advantage of it.  Right now, for example, at one end of the scale, there is “free antivirus software”, which is actually malware and at the other end of the scale, there is “premium security software”, which has a high-end price tag, but offers a rather more modest level of performance.

The key to identifying which Mac antivirus programs offer the best value is, quite simply, to look at what they can actually do and compare it to how much the developers are charging for it.  Comodo antivirus offers a huge range of features at a very affordable price. Head to this page to download it now!