If you're wondering whether you can get free antivirus for military service, the answer is Yes. This program, offered by the Defense Information Systems Agency, is for all members of the Armed Forces and DoD Civilians who wish to take advantage of free licensed antivirus software to protect their home computers. This is so the military service members who take home work are able to accomplish their tasks on their own personal computers without the threat of cyber-attacks.

Continue reading through this article as we prepare a comprehensive list of free antivirus for military members and DoD Civilians. 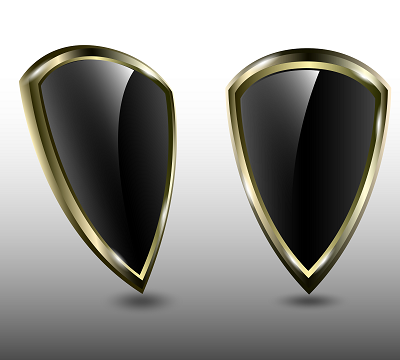 Comodo Internet Security (CIS) is the number one free antivirus for military members, particularly because of its features, such as Auto-Sandboxing Technology, Default Deny Protection, Cloud Based Behavior Analysis, Cloud-Based Whitelisting, One-Click Virus Scanning, and more. This cloud-based antivirus software pinpoints suspicious files, ensures real-time malware removal, does quick and instant Cloud-based scanning, immediately updates on the new and up-to-date virus definitions, has a user-friendly interface and offers automatic scanning of files as and when they are downloaded from the internet.

The Bitdefender Antivirus Free Edition features a minimalist design, which makes it low-maintenance. Although it has no configurations of any kind, you can expect it to automatically scan your computer in the background with the use of cloud-based detection, subsequently running a deeper scan if it discovers any malicious software or red flags. It also blocks malicious URLs and uses behavior-based detection to ward off potential threats. What's more, new features of the application include anti-fraud and phishing options, which use more advanced filters to notify you against any sites that have been known to try to steal identities. This lightweight program also doubles as an excellent anti-rootkit and anti-phishing utility. The latter task is made possible as it detects and blocks fraudulent sites through HTTP-based scanning.

AVG has an impressively broad reach in a way that it will not only search for viruses and malware but also helps deter shady links, prevent suspicious downloads, and keep fishy email attachments from being used. It's also worth mentioning AVG's rapport with Google platforms. This is why it's considered a great free antivirus for military members who are already beyond their 50s and on a budget.

Avast is another great free antivirus for the military in terms of basic protection, making it an impressive package with its latest free antivirus suite. In addition to the typical virus and malware protection, such as anti-rootkit and anti-spyware actions, it also comes with various customizable options that you can modify at installation. Right from the beginning, a very clear breakdown will be shown, which displays exactly how Avast uses your private information. The software counters potential malware attacks by commencing scans before an unknown file opens and stopping it from doing so should it throw up any red flags. Avast is also great at protecting your PC while online by blocking malicious URLs and preventing auto-downloads from occurring.

Malwarebytes is usually one of the first go-to sources for tech agencies and support groups alike as it supplies some of the best and most comprehensive virus-removal software available. Its anti-malware function protects against and removes malware with automatic scans while the anti-ransomware feature helps secure files from ransomware attacks. There's also anti-exploit, which helps protect against any known vulnerabilities identified in your system or apps, as well as malicious website protection that keeps you away from fake or malicious sites. Malwarebytes also uses Chameleon technology to get the application running on already infected systems, which might otherwise block its deployment.

Keep in mind that you'll need to uninstall any existing antivirus and antispyware programs before you download and install another one. This is so that the current version won't be flagged and prevented from being downloaded and installed. Make sure that you follow all of the instructions prompts you see once you have finally downloaded the version that you want. If you're sure that you already have everything set up and installed, don't forget to run a complete scan on your computer to ensure that everything is working fine.

If you are in need of comprehensive PC protection, choose Comodo Internet Security. It scans, detects, and removes each infection found on your computer so you can rest assured that your system remains clean. It is a great package for individuals and organizations that want to protect themselves from the worst threats without breaking the bank.