Free Antivirus Software for Your Mac

How to choose the best free antivirus software for your Mac

On May 1st 2006, Apple aired an advert which implied, heavily, that viruses were only a problem for Windows PCs, not for Macs. This was pretty cheeky, even back then. Viruses for Macs date back to at least 1982 (when the Elk Cloner virus was created). It was, however, probably fair to say that, even in 2006, viruses were still more of an issue for Windows than for Macs. Now, however, Mac users have to take security every bit as seriously as Windows users. With that in mind, here is a guide on how to choose the best free antivirus software for your Mac. 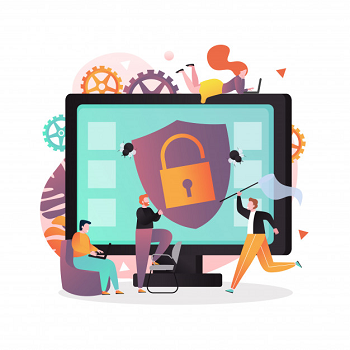 Make sure it protects against all malware, not just viruses

Antivirus software is one of those terms everyone uses, even though it’s long since stopped being accurate. Viruses were the original threat to computers and they’re still one of the major threats, but now they are only one form of malicious software. At the present time, the main other forms are spyware, adware and ransomware. It’s probably a safe bet that, over time, new forms of malicious software will be created.

In addition to specific protection against adware, it’s very much preferable to have the ability to block adverts. This may seem a bit harsh, given that ad revenue can help a lot of smaller content creators. The fact is, however, that adverts are increasingly being used as a way to transmit viruses. This strategy has become so common that it now has a name, malvertising. It has been used even on large, reputable sites run by big-name brands. The reason for this is because a lot of adverts are run via advertising networks rather than by the sites themselves.

Possibly, the most notorious example of malvertising was an attack on the Spotify website. There were two reasons why this attack made the headlines. The first was the fact that Spotify is a major website, which gets a lot of visitors. The second was that the virus was triggered just by being shown on screen, in other words without a link being clicked. This was, and still is, highly unusual, but it is fair to say that malware is getting more sophisticated and that this could be a sign of what’s to come.

Basically at this point in time, by far the safest approach to protecting your Mac is to block all adverts and support your favorite content creators in other ways.

Make sure it is updated regularly and through the cloud

New malware is being created literally all the time, which means that antivirus software has to be updated regularly in order to stay effective. In the old days, antivirus software updates had to be downloaded and installed on a local computer. These days, the best free antivirus software for Macs is maintained and updated via the cloud. There are three main reasons why this is the preferred approach.

Firstly, it is faster. The difference may not seem like much, but when you multiply it by the number of updates, you can see how it adds up.

Thirdly, it moves the payload from the local PC to the antivirus software company’s servers. Macs are premium devices, but databases of virus definitions (descriptions of viruses) are getting bigger all the time. This means that you really want to avoid hosting them on your local computer if you can avoid it. After all, if you’re paying for the power of a Mac, you presumably want to use it for your own purposes, not just for hosting antivirus software.

Make sure it has an integrated firewall

Firewalls are often marketed as "browsing protection", but that’s only half of what they do. A firewall monitors both incoming and outgoing internet traffic. Incoming traffic is checked to see if there are any signs that someone is testing your Mac for weaknesses. Outgoing traffic is checked to determine whether or not your intended actions are safe. If not, your firewall will alert you and ask you to confirm whether or not you want to proceed (not is generally the safest bet).

Make sure it’s backed by a reputable brand

Free antivirus software for your Mac is basically a security guard for your Mac and that means you need it to be from a brand you know you can trust. Comodo has been protecting people for over 20 years and is trusted by millions. Go to this page right now to download Comodo antivirus for your Mac.