How to choose the best free virus protection for Android 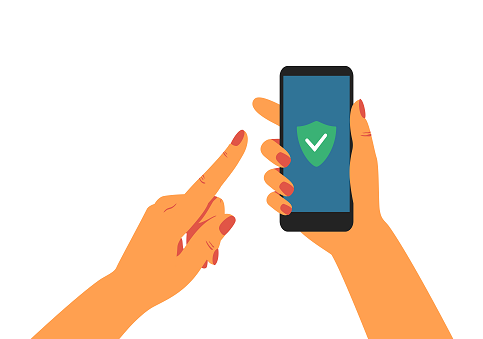 Make a shortlist of products which actually work on your device

In short, if you’re using Android 6, 7 or 8, then it’s a safe bet that any app will work on your device. Most apps will work with Android 9 and 10. These are, however, still fairly new, so this is not completely guaranteed. If you’re on an older version of Android, then you’re probably going to struggle. Android 4 is the oldest version of Android which still has relatively widespread support, although even this is gradually fading out.

To be honest, if you have a device which is running anything prior to Android 4, you will probably find it practically impossible to get decent virus protection for it. This means it’s very advisable to upgrade for security reasons. If you’re running Android 4 or Android 5, you will probably have some options, but you’ll probably want to think about upgrading fairly soon.

Whatever version of Android you’re using, stick with apps which have a presence in the Google Play store. They won’t necessarily be great, but they’re very unlikely to be malware.

Make sure that the products offer effective protection against all malware

Viruses are just one form of malicious software. In the Windows world, they’re by far the most common form of threat (although definitely not the only one even there). In the Android world, viruses are actually a fairly minor issue. The big issues are PUPs (Potentially Unwanted Programs) and straightforward malware of which adware and spyware are currently the two major threats.

Adware may not sound like much of a threat, but adverts are increasingly being used as a means to spread malware. This means that the more of them you see, the higher your level of risk.

Make sure that the products offer effective protection against USSD attacks

If you are looking for protection for an Android phone (or a tablet which uses a SIM card), then you need protection against USSD attacks. These are basically attacks which trick your phone into thinking that it is receiving instructions from your cell network. The networks are trying to deal with the security flaws which make these attacks possible, but this could take a very long time and it’s an open question as to whether or not the work will ever be really finished.

Look for products which filter/block spam calls and texts

Again, this is one for Android phones (and tablets with SIM cards). The issues with spam calls and texts are much the same as the issues with adverts. The more of them you get, the more likely it is that you’re going to be exposed to fraudsters.

Look for products with anti-theft capabilities

If someone gets their hands on your device then they can tamper with it. This means that they could potentially install malware or just steal your data there and then. Obviously, you want to minimize the chance of this happening. Additionally, if you have a more expensive device, you want to make it less attractive to people who want it for its hardware (even parts can have value, especially screens) and to maximize your chances of getting it back if it is stolen.

Look for products which optimize the functionality of your Android device

All apps will drain your device’s resources to some extent. That’s just a fact of life. Well-written apps will, however, minimize the level of resources they need. Well-written antivirus apps will take this a step further. They’ll actively suggest ways to adjust your device’s settings to get the most out of it. This is helpful even with premium devices. It can make a huge difference to budget ones.

Look out specifically for functionality to schedule resource-intensive tasks like deep-level scans. That way you can have them run when it suits you (i.e. when you’re unlikely to need the device) rather than when the developer thinks they should run (when you potentially do).

Check the brand behind the app

Once you’ve narrowed down your options to a few candidates in the Google Play store, check out the brand behind the app. You’re looking for a company which has a solid track record of keeping customers happy. Comodo, for example, has been in the security business for over 20 years and is trusted by millions of people. You can head to this page right now to download Comodo antivirus for Android.