How to Get the Most from A Mobile Virus Scan?

Mobile virus scans aren’t just useful, they’re essential. They should, however, be used to boost your all-round security, instead of as a substitute for sticking to good security practices. With this in mind, here are some tips as to what to do to get the most from a mobile virus scan. 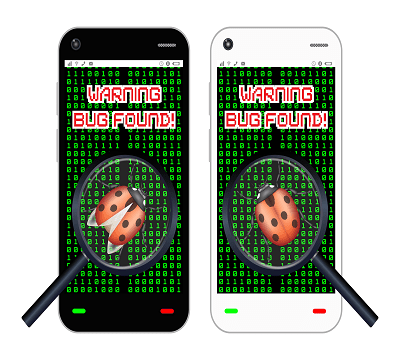 Get Free Virus Scanner for Android

1, Clean Up Your Apps

At the present time, apps are still the most common way to spread malicious software. Most of these will be found in “unofficial” app stores, which should be avoided at all costs. The only places you should download apps are either at the official app stores or directly from the websites of businesses you know you can trust (and these will probably be on the app store in any case).

Even the official app stores do pick up the occasional “rogue” app, which flies under the radar until user complaints start coming in. They also get a lot of “freemium” apps, many of which are what is known as PUPs.

This stands for “potentially unwanted programs” and what it means in practice is that some people will find the adverts tolerable given the functionality but a lot will not. Mobile adverts aren’t yet as big a security headache as they are in the computer world, but all the same, you probably want to limit your exposure to them both for security reasons and for the general performance of your phone.

2, Keep Your Operating System And Apps Up to Date

The logic for this is exactly the same as it is in the computer world. Updates often improve security, so even if they take a while, you still want to apply them as soon as you possibly can.

On a similar note, if your phone is locked to a network, resist the temptation to jailbreak it (or even pay for a professional to do it for you) and be very careful when buying pre-loved phones to make sure that they are not jailbroken.

Jailbroken phones often lose a lot of the in-built security and are unlikely to be able to receive updates. This means that the effective price you pay for the flexibility that jailbreaking brings could end up being a whole lot more than if you’d just paid to have the phone unlocked in the usual way.

3, Take the Standard Precautions with Messages

Essentially the same rules apply to messaging in the mobile world as they do in the computer world, but probably even more so since there are more forms of messaging in use in the mobile world. In particular, be very suspicious about text messages with links in them. In fact be very suspicious of any text message which comes from an unknown number, especially if the content looks odd, for example, it’s full of unrecognizable characters or emojis. It’s usually best to delete these without opening them as text messages can carry viruses which can be triggered by a message being opened, i.e. without the user having to click on anything.

4, Be Very Careful About Using Public Facilities of Any Sort

Public WiFi is both one of the modern world’s greatest conveniences and one of the modern world’s greatest security threats. At this point in time, the safest approach is to avoid it completely or, as a minimum, always use a mobile VPN. If this is not practical, at least take care to make sure that you are connecting to a legitimate WiFi network, rather than one set up to trap the unwary.

Check the exact name of the legitimate connection you want to use, give preference to WiFi networks which have password-protection, especially if the password is changed regularly and be very careful about where you surf. Looking up information quickly online will probably be safe enough but public WiFi is not really the place to connect to your mobile banking app.

Public charging stations can also be a security threat as they can be compromised to allow malicious software to be loaded into your mobile device through its USB port. It’s best to use battery packs but if you are in a position where you are likely to need to charge from a public port, then use a power-only charging cable. These are still a bit of a niche market so you will probably have to buy one in advance, but it will vastly improve your safety.

5, Stick to Using Mobile Virus Scans from A Reputable Brand