Why you need an antivirus for your Mac

There is one simple reason why you need an antivirus for your Mac and is that Macs, contrary to what some people (still) believe are susceptible to virus attacks.  XProtect on its own is nowhere near enough to keep you safe online. If, however, you still need to be convinced, here are some of the possible issues you may experience if you fall victim to a virus.

Frankly, at this point in time, you can count yourself very lucky if this is the only issue you face as a consequence of picking up a virus although that may not be a whole lot of comfort to you as you see your precious Mac grinding to a halt and/or constantly rebooting, which are two of the key signs that you have a virus.  Then, of course, you have all the fun of finding the virus, which, as a minimum will mean downloading an antivirus program and giving it time to do its work. At worst, it could mean a complete restore of your computer.

Similar comments apply here.  At the current time, having data corrupted or lost to a virus attack is actually a fairly mild outcome, although it may not seem that way at the time. 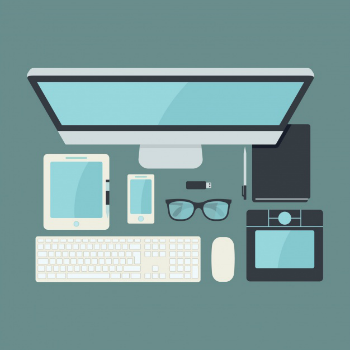 Having to pay a ransom for your data

That may sound like a line from a film but not only is it a very real threat, it is also a growing one.  Ransomware essentially encrypts the data on your computer and the criminals behind it then demand that you pay them to have it released.  Usually this involves transferring cryptocurrency in a short space of time. Basically the cryptocurrency will probably be untraceable and the short space of time is to ensure that you don’t have time to try to break the encryption.

This is exactly what it says.  It is often used as a precursor to identity theft and as such can have devastating consequences on your life including the loss of your livelihood.  As a minimum, you can expect to have to go through a whole lot of hassle to set your life to rights and if the virus creators use your data to steal your money (which is very common) then you may not get all of it back (in fact you may not get any of it back).

In this context, it’s worth noting that the fact that Macs are premium devices means that criminals know that the people who own them are likely to be of good financial standing and hence their data has a premium value on the black market.

Having your Mac used for cybercrime

You probably already know that in the real world people often steal cars for use in crimes.  The reason for this is that the police will trace the car back to its lawful owner rather than to the criminal(s).  The same principle applies in the digital world. Cybercriminals take over other people’s computers to use in cybercrimes and these days those cybercrimes can be really serious, as in deadly serious, as in you really don’t want to be involved in them in any way, shape or form, not even as an innocent dupe, if you can possibly avoid it serious.

In addition to the potential consequences to you, you may find that your lack of cybersecurity has consequences for your personal contacts, possibly real-world consequences.  What you need to understand here is that these days viruses are less about people with a grudge trying to cause random destruction (although that certainly still exists) and more about political activists doing whatever they can to raise funds for their cause and/or straightforward cybercriminals who just want money for themselves.

These people, essentially by definition, are highly unlikely to have any moral scruples and while they themselves may be operating from countries which are, essentially, outside the reach of the law, they may very well have connections with locally-based criminals who will buy the data of good targets.  In short, therefore, if your computer is compromised, then there is a risk to anyone and everyone whose data is contained on it.

Where to get a good antivirus for your Mac

Now that you’re convinced that you need solid antivirus protection for your Mac, you may be thinking you have to spend top dollar to make sure your safe.  Actually, all you need to do is head over to this page right now and get all the protection you need at a price you can afford.

How to Remove Virus from Mac?