These days, if you have a smartphone, you need a robust phone antivirus app.  That is now just a fact of life. With that in mind, here are six points to check before you decide which antivirus app is the best one for you and your phone.

1.Full protection against all viruses and malware

These days the term “antivirus app” is just shorthand for “all-round security program” but its core function is still to protect your phone against viruses, which are still the most common form of online threat.  In order to be truly effective, phone antivirus apps not only need to protect your phone against viruses which attack the operating system (Android or iOS) but they also need to be effective against USSD attacks. 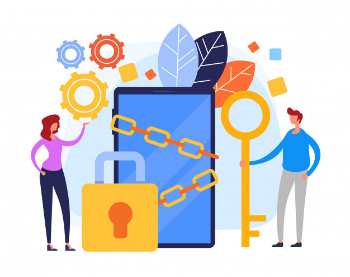 USSD attacks are attacks which exploit security flaws in the cellular networks rather than in the phone’s operating system and they can have very serious consequences.  The impact of these attacks is probably only going to increase in future as cell phones become increasingly used for identification as well as communication (and organization).

Malware is the collective term for all malicious software and includes the likes of adware and spyware.  Adware is both particularly common and particularly annoying on cell phones, especially the budget-friendly ones as they can really gobble up resources.  Spyware is vile stuff regardless of the device it’s on.

2.ability to filter/block calls and texts

Spam calls and texts are more than just a pain, they are actually a security threat.  Spam calls can trick the receiver into giving away personal information such as key passwords or financial details (no legitimate company will ever ask for your password and very few will ask for your financial details, especially not on a cold call).  Spam texts can trick you into clicking links which take you to malicious websites.

In theory, you can safeguard yourself against these threats by constant vigilance but in the real world there are many threats (and their number is growing all the time), we’re all busy and one slip is all it takes.  Besides, they are inconvenient, which, in itself is a good enough reason to block them.

In addition to the fact that you obviously don’t want your phone stolen, protecting your phone from theft also protects it from malicious tampering.  Remember that malicious apps can be installed through memory cards and/or via USB connections rather than just downloaded from the internet.

4. Optimize the functionality of your phone

There are several reasons for this being desirable.  First of all, there is the obvious one, which is that you want your phone to perform at its best.  Secondly there is the fact that any phone antivirus app is going to have a certain payload. This payload is entirely justified (in fact, at this point in time, it’s arguably unavoidable), but a robust phone antivirus will try to minimize the impact it has on your phone by optimizing your phone’s settings so as to maximize its general performance.  A high-quality phone antivirus app will also allow you to schedule tasks which are important, but not urgent, such as deep-level scans, so that they run at a convenient time for you, rather than just starting whenever your phone thinks they should.

There are two reasons to have your phone antivirus app monitor your internet traffic.  First of all, it will allow your antivirus app to alert you when you may be going to visit a malicious website.  Secondly, it will alert you to high volumes of internet/data traffic and/or your phone connecting to the internet without your knowledge, both of which are often signs that you have somehow picked up a virus and need to run a deep-level scan of your phone.

6. Backed by a reputable brand

Be very careful about clicking on any free phone antivirus app which is pushed to you on a website as a large percentage of these “free antivirus apps” are actually malware themselves.  Always double-check the credentials of the developer. Either go to the Google Play site and check the details of the app and its user reviews or go directly to the website of a known and reputable developer such as Comodo.  In fact, you head directly to this page right now to get all the protection you need for yourself and your phone.