Computer hacking has been around for a very long time. Some films make it look glamorous but in actual fact it is usually highly unethical and can have very serious consequences for victims. Here are four key facts you need to know about phone hacker apps.

It’s worth remembering that, in principle, apps can be installed in a phone via the hardware. For example, hackers can compromise public charging facilities (such as the ones at transport stations) or transfer an app via an SD card. 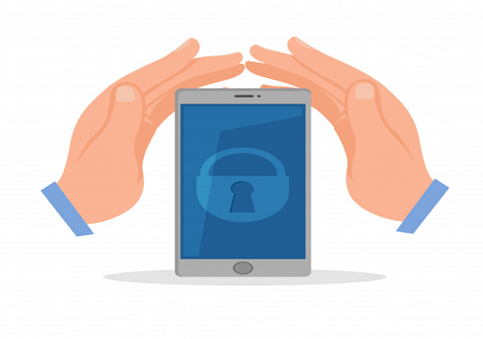 Both of these options are, however, fairly challenging. The first one can carry a high risk of getting caught (and sanctioned) while the second one requires physical access to the phone. They can therefore often be thwarted by people exercising basic caution with their devices. It’s also a good idea to use security software with anti-theft capabilities.

There are basically two styles of hacking attack - targeted and random

As the name suggests, targeted attacks have an individual element and nobody is immune from them. The key point to understand here is that today a person’s identity has value, even if they are of limited financial means. As a point of comparison, even today, people sometimes steal cars so that they can commit robberies. Using a stolen car means that when the police trace the vehicle, they will find the legitimate owner rather than the people who stole it, at least they will find them first. The police may or may not be able to find the thieves later.

The same sort of principle applies to identity theft. If someone steals your identity and/or takes over your computer to commit a digital crime, then it will (probably) be traced back to you in first instance and the investigators may or may not be able to find the real perpetrator at a later date.

Random attacks are basically attacks in which a cybercriminal creates bait for innocent victims and hopes that someone bites. Sometimes they make a bit of effort to induce people to take the bait, but many of these attacks essentially just take advantage of the law of statistics. In other words, there are so many unprotected devices online right now that there is a decent chance they will pick up enough unsuspecting victims to justify the effort they put in.

The consequences of falling victim to one of these random attacks can vary from "just" damage to the device and/or your data (there are people who create malicious software purely for the "entertainment" of knowing they are making mischief), to financial loss, to identity theft.

Here’s the cold, hard truth of the matter. People should not create malware but they do and that means that the onus is on each individual (and company) to be realistic about this fact and to take steps to protect themselves against cyberattacks.

The in-built protection offered by the main operating systems is not enough to keep you safe over the long-term. Basically it’s enough to get you started so you can go online and download a proper security product which will offer a much higher level of protection.

For the sake of clarity, while everyone uses the term "antivirus program", what you actually need is an all-round security product which can deal not only with viruses, but also with malware in general and which can alert you to malicious links. If you’re buying an antivirus for a cellphone or tablet then you really want anti-theft protection. If you’re buying an antivirus specifically for a phone (or a tablet with a SIM card), you also need protection against USSD attacks.

USSD attacks are attacks which take advantage of the cellular network rather than the regular internet. They are becoming an increasing hazard partly because of the growing numbers of smartphones (and tablets with a mobile-data connection) and partly because cellphone numbers are increasingly being used for the purposes of identification and hence are more valuable than they used to be.

There is a lot of malicious software disguised as antivirus software

Stick to buying antivirus software from a reputable brand you know you can trust. Comodo has been in business since 1998 and our security software is trusted by over 50 million internet users, both private individuals and businesses. Keep your cellphone safe from phone hacker apps by downloading our mobile antivirus from this link.