The six key features of the top 10 free antivirus products 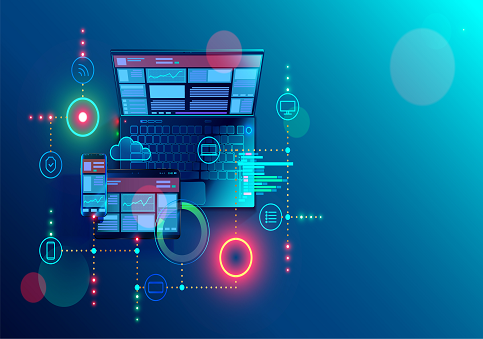 One of the biggest benefits of the cloud is that it can take over a lot of work from local PCs. This may be most obvious when you’re dealing with budget and/or older PCs, but it’s still a clear benefit even if you have a more powerful machine. The top 10 free antivirus products all have extensive databases of “malware definitions”. Basically, these are descriptions of the different kinds of malicious software in existence along with the necessary instructions regarding how to deal with them.

These databases are already very large, which is why they’re such a load, and since malware creators show absolutely no sign of being ready to give up and retire (quite the opposite), they’re only going to get bigger as time goes by. In fact, they’re very likely going to reach a point where even the most powerful computers struggle to handle them. This is one of the biggest reasons why it’s better to use a cloud-based antivirus.

We’ve already touched on this point, but it’s worth repeating. The top 10 free antivirus products are all products which are actively maintained and updated as soon as new threats emerge. This is really important because a significant percentage of modern malware consists of what are called “zero-day attacks”.

What this means is that cybercriminals scan software (and operating systems) for vulnerabilities which have been overlooked by the developer (and initial testers). They particularly target new software and newly-updated software. If they find a security flaw, they create malware to take advantage of it. These zero-day attacks can cause a huge amount of damage, so it’s important that you use one of the top 10 free antivirus products so you can be confident that the company behind it will be on the case quickly.

They’re effective against all forms of malware

Even though everyone uses the term “free antivirus products”, the sad truth is that it’s been a very long time since viruses were the only cybernasties polluting the online world. These days, viruses are just one, specific, form of malicious software. They’re a very big form and you certainly need protection against them, but you also need protection against adware, lockware, ransomware, spyware, trojans and worms.

They can block adverts

Adware is just what it sounds like. It bombards you with adverts and these days, that’s a huge problem because it opens the door to a cyberthreat called “malvertising”. Basically, malvertising involves buying up advertising space on legitimate websites and using it to show adverts which either have links to malicious websites or load malicious software on your computer as soon as the advert is fully-loaded on your screen. Some high-profile sites have fallen victim to malvertising attacks. For example, Spotify was used to host an attack which infected computers just through the advert being shown on screen, in other words, users didn’t have to click anything.

They have integrated firewalls

Firewalls are sometimes marketed as “browsing protection”, because they basically monitor your internet activity and alert you if you are about to do anything dangerous, like visit a malicious website. This is, however, only half of what they do. The other half of what they do is monitor your incoming internet activity to see if someone is probing your computer for weaknesses. In short, they are extremely useful tools and the top 10 free antivirus products include them rather than making you go find your firewall separately and then configure both products so that they work together harmoniously rather than potentially getting into conflicts.

They come from brands you can trust

This point is crucial. Your antivirus will be protecting your most sensitive, personal data and the sensitive, personal data of any contacts on your computer. That’s an important job and it should only be entrusted to a company with a proven track record of keeping users safe online. Click here now to download Comodo free antivirus and get all the protection you need from a brand which is trusted by millions.