Home   >
Tips to Stop Virus in your Android Phone

Eight practical tips to stop your Android phone getting a virus 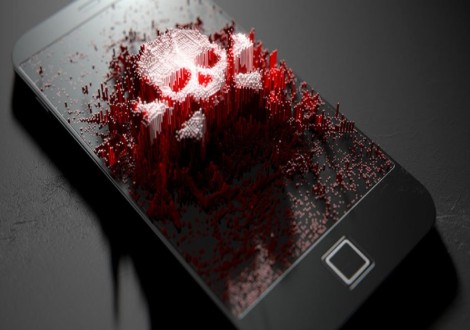 Over recent times, there has been a lot of publicity about the importance of good digital security. While it’s great that people have become more aware of the need to protect themselves against cyberattacks, it’s also important to remember that good digital security starts with good physical security. The USB ports on phones are very convenient but they are also a security risk. There have been instances of public charging ports being hacked and if your phone is connected to a computer, especially a public one, then it is also at risk.

The moral of the story is to do everything you can to avoid charging your phone from a public charging port and if you must do it use a power-only cable. These can be hard to find and, rather ironically, are often more expensive than standard charging cables (which carry both power and data), but they will keep your phone safe if you really need to charge it in public.

Put a lock on your phone

It may be a slight hassle to have to enter a PIN every time you want to use your phone, but it’s a whole lot less hassle than dealing with the consequences of an Android phone virus. Per the above comment, you need to keep your Android phone safe from anyone who might tamper with it and a PIN is a straightforward and effective way of doing that.

Only allow manual connections via Bluetooth

Never allow your phone to pair automatically with any Bluetooth device which requests a connection. This is just asking for trouble.

Minimize what you keep on your phone

These days, in principle, you can have massive amounts of storage on your Android phone. Later versions of Android allow you to use a memory card in the same way as internal memory, which can vastly increase your options. That said, just because you can do something, it doesn’t mean that it’s a good idea. The fact is that the more you put on your phone itself, the more likely you are to put on something which could compromise your phone. Additionally, the more there is on your phone itself, the more you stand to lose if your phone is compromised.

Stay well away from third-party app markets and apps on random websites. Small companies which produce their own legitimate apps will be well aware of the security issues involved with downloading apps from anywhere other than the Google Play store or major websites, so they will typically submit their apps to Google and link you directly to them there.

Update your OS and apps as soon as possible

Updates may be a pain to install, especially when they arrive in large numbers, but they really do play an important role in keeping your Android phone safe from viruses. You want to apply them as quickly as you possibly can and try to avoid using the app(s) until you have.

Use a proper antivirus for Android phones

These days an antivirus should be the very first app you install on your Android phone. Click here right now to download Comodo antivirus for Android and get all the protection you need from a brand you can trust!