What does Antivirus Software Do?

Windows 8 and above comes with an inbuilt antivirus software known as Windows Defender. The idea behind this was to give users a more seamless protection against computer viruses and malware as it's inbuilt on to the operating system. This effectively means that it consumes less CPU power unlike installed antivirus software. 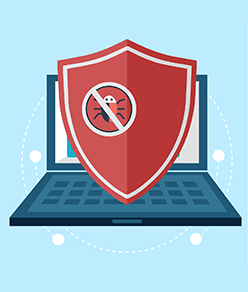 Much like every antivirus program out there, the Windows Defender is an effective program that scans for viruses, malware, suspicious programs, Trojan horses, and spyware. It does this in the background, getting rid of them or isolating them into a virtual space where they can be executed without causing harm to the system.

The Windows Defender detects such malware and viruses by using a set of predefined characteristics of codes to flag malicious codes in the system. These characteristics are regularly updated to identify new types of viruses. It also scans for malicious code execution in the system that deviate from the norm, allowing you to determine whether you still want to run such programs. In case a virus infects the computer and you get locked out, you can use Windows Defender offline through a flash disk to scan the computer and restore its health. It's a pretty much effective antivirus for the light browser user of Windows. Not so much for a heavy browser.

What Does Antivirus Software Do in Your Computer

An antivirus software, or shortened to AV software, is a software program designed to identify, remove, or isolate malicious programs and codes that may get installed or infect your system. Viruses are computer codes that have the ability to replicate themselves and attach themselves to the operating system's main code in order to be executed.

Once established, they perform their functions which include but not limited to encrypting important data, leaking out information, destroying the operating system, or even worse, locking out the user from accessing their device. Spyware and other malware do similar things but mostly tracking your actions and collecting your personal information.

Keep in mind that not all antivirus software can detect all types of malicious codes in your system and it is therefore important to ensure that you have only the best AV software installed to safeguard you from cyber-attacks.

How Does Antivirus Remove Viruses

The antivirus is designed to identify malicious codes, Trojan horses, spyware and other malware programs that corrupt the system and cause malfunctions. The Trojan horses, for instance, have the ability to disguise themselves as legitimate programs enticing the user to install them. The AV software should be able to detect this and alert the user before installing such programs.

It does this through three different ways.

Comodo Antivirus is a state of the art antivirus software designed to give you all-round protection, from viruses, malware, spyware, bots, rootkits and even adwares. It does this through auto-containment, human analysis, anti-virus scanning, host intrusion prevention, and much more. What's even better is you don’t have to break the bank to get yourself such stringent protection from cyber-attacks. For $4, you can have full protection for an entire year with Comodo Anti-virus.