A Review on Some of the Windows Antivirus Programs

Mac users might pride themselves on having one of the most virus resilient machines on the planet. But Windows users should not fret, because, in fact, there is a wide range of equally resilient antivirus programs available for them.

They could enjoy a wide choice of protection from the biggest names in the antivirus market. All the available choices for Windows are equipped with the latest features that can take down even new types of viruses and attacks.

Now, the only problem is, how can you choose the right protection from the wide range of available choices? The answer is simple. Just read various Windows antivirus reviews like this one that we’ve made recently. 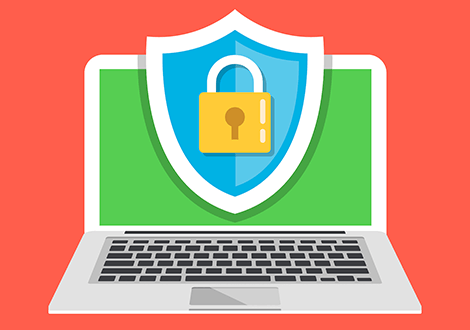 Bitdefender Antivirus Plus 2020 offers an easy process of installation for its users. This is a plus for users who want their antivirus up and running the moment they install it. Would-be users should be informed that before the initial download and installation, they need to create an online account and an email address before Bitfender takes off.

Some of its features include ransomware protection and remediation, a host of privacy tools, an optional VPN, and Safepay. You’ll notice that one of its top protections are designed to take down the latest in cyber threats.

By purchasing this antivirus program, users can rest assured that they have the latest protection. Advanced security is worth anyone’s investment rather than waiting for severe threats to hit them hard.

While some users might find it limiting to know that Bitfender can only protect up to 3 different devices, but the upside is, you don’t need additional licenses for this.

Even with its entry-level features, Norton Antivirus Plus proves that its functionalities can compete with other high-end antivirus programs. With its long history of protecting PCs from every imaginable attack, it has raised its standards in taking down various cyber threats.

Norton Antivirus Plus has a URL blocker that can protect your PC from getting infected by malware. It is also equipped with a password manager called Norton Identity Safe for your browser. This antivirus software intelligently stays up to date to prepare itself from the latest malware threats that can certainly arise, anytime.

Norton Antivirus Plus is not resource-hungry, making it ideal for users who have just enough resources for their daily tasks.

F-Secure Antivirus Safe is one of the most user-friendly antivirus programs in the market. As a well-established antivirus software, this program can prove that it can go head-to-head with the bigger names in the antivirus arena.

F-Secure Antivirus Safe is equipped with banking protection to provide safe online shopping for its users. It also has safety tools that aims to protect your family members from accessing malicious websites.

It also has a URL blocking feature that blocks your PC from visiting potentially malicious websites. Antivirus scanning is also included in its line of defenses so threats are detected and removed. It also hunts for malware through its monitoring technology before it drags your system down.

With Comodo Internet Security, the premium features you’ve always wanted gets right into your PC. It has a malware removal feature that swiftly identifies suspicious files knocking on your PC. It is equipped with proactive defense mechanisms that can go fend off any malware. Aside from being fully equipped, it also provides its users with the latest information about emerging threats through its up-to-date virus definitions.

With its simple interface, Comodo Internet Security makes it easy for everyone to navigate its environment. This allows users to make the most out of its functionalities. Another noticeable benefit of using Comodo is its auto sandbox technology which completely isolates untrusted files from the rest of your computer to keep your network safe.

Aside from these things, it also has Default Deny Protection, Cloud-Based AntiVirus, Cloud Based Behavior Analysis, Personalized Protection Alerts, and Spyware Scanning.

When choosing for an antivirus software for your Windows PC, invest in Comodo Internet Security. It provides an unmatched protection, keeping your important data safe from cybercriminals. It scans, blocks, and quarantines malicious programs so your computer remains at its best shape.