Six Features of The Best Antivirus Software for 2020

Every year seems to bring a new range of security threats for anyone who goes anywhere near the internet. Fortunately, every year the top cybersecurity companies up their game to be able to deal with it. Here are six features to look out for in the best antivirus software for 2020.

Full protection against all forms of malicious software 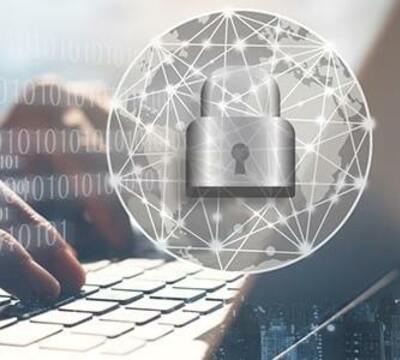 If you haven’t heard of ransomware, it’s a relatively new form of malware which encrypts your important files. The person behind the attack then contacts the victim to demand payment for their release. This is usually done by means of a cryptocurrency transfer, which needs to be completed within a short time frame. This is to limit the victim’s opportunities for doing anything about it. Files don’t even have to be on your computer itself to be encrypted. For example, if you have an external drive attached to your computer, it can be attacked.

Malware databases are exactly what they sound like. They’re descriptions, or definitions, of malware and they’re the basis of all security software. They need to be updated on a very regular basis, to cope with the new forms of malware, which are continually being created.

In the old days, these updates needed to be downloaded and installed on local computers. These days, however, the best antivirus software keeps the updates in the cloud and local computers just connect to it when they go online. This is faster, eliminates the possibility for human error and reduces the payload on the local computer.

For years, showing adverts was what allowed content creators to show content for free. Some content creators overdid it, but for the most part, the arrangement worked for everyone. Sadly, however, malware creators came along to spoil it and these days adverts are a real, and very serious hazard.

The point you need to understand about internet adverts is that, for the most part, websites just decide how much space they want to assign to adverts and then partner up with an advertising agency which decides what adverts are shown to whom and when. This means that the responsibility for checking the adverts lies with the agency rather than the website and since advert agencies tend to be low-value/high-volume businesses, they don’t necessarily do a very good job of it.

Somewhere along the line, cybercriminals caught on to this and started exploiting it as a means to spread viruses. Basically, they buy legitimate advertising space and use the adverts they show as a means of spreading malware. This technique has become common enough to have its own name. It’s called malvertising. Most of the time, malvertising requires users to be tricked into clicking on a link. There has, however, been at least one instance of malware being triggered just through an advert being shown on the screen. This happened in an attack on Spotify.

A safe space to treat malware

These can be marketed as sandboxes or quarantine areas, but the basic idea is the same. Malware creators are becoming increasingly ingenious when it comes to trying to get past security software, so security software has to be increasingly robust about stopping it. Safe areas keep malware contained while it is being treated, so if it does spring any nasty surprises, these will be contained and your computer as a whole will be kept safe.

In the old days, firewalls and antiviruses were generally seen as separate products. Now they’re usually viewed as two essential functions of robust security software. As such, it makes sense to get them together as this ensures that they will work together rather than coming into conflict with one another and hence that you have effective protection.

Internet security needs to be available to everyone and with Comodo it is. You can head to this page right now to download the protection you need at a price you can afford.