How to Choose Best Antivirus Software for Windows

Antivirus software is a program that helps prevent, detect, or remove software viruses and other malicious codes from your computer. It monitors the health of the computer, scans specific files to identify malware patterns, and quarantines or delete specific files infected by the software viruses. Antivirus programs need to be always updated because if not, the computer will be infected within minutes of connecting to the internet.

Choosing the best antivirus software for Windows must be well thought of as Windows is subject to spyware, intrusive viruses, and malicious software that can cripple a computer system. Malicious attacks occur mostly in users doing online transactions. Any information entered into the computer such as passwords and social security numbers can be traced and taken by these spyware. 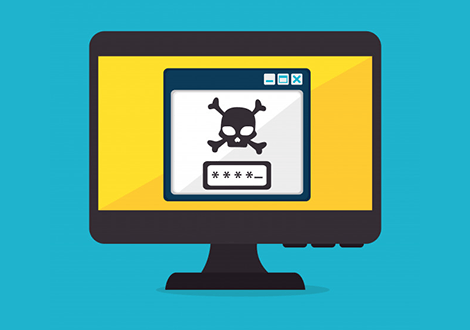 To avoid these threats, you have to install the best antivirus software for Windows. However, many people cannot afford to pay monthly or yearly fees. Fortunately, there are affordable antivirus options for Windows system. When choosing an antivirus, it is important to look for the amount of protection it offers. It should cover the following:

Scanning Speed – Choose an antivirus software that offers various types of scans in less time and updates its database regularly.

Firewall Defense – A firewall protects you from internal and external threats and alerts you when a potential breach is detected.

Ability to identify new malwares/spams – Select an antivirus software that can stop at least 95 percent of the malwares, whether it's commonplace or brand-new zero-day attack. You must also ensure that it doesn’t detect a high number of false positives or the legitimate files mistakenly flagged as malware.

AVG Antivirus is fully compatible with Windows and it provides a basic protection against viruses. It delivers a high performance when it comes to scanning viruses or malwares. One bonus feature of AVG is the AVG Accelerator. It is an application which speeds up rendering and viewing YouTube videos and downloading. It also blocks and tracks possible malwares from the internet that could infect your system.

This is a free antivirus software for Windows which has a high rating in preventing virus attacks. It has excellent malware removal, with almost 100 percent detection rate. Its scanners work efficiently at a fast rate to remove common viruses such as Trojan, Adware, and rootkit infections. It is an accessible antivirus software for Windows installed by many computer users.

Super antispyware excels in removing any kind of threats on your computer and in preventing new spyware from installing. What makes it stand out from other antivirus software for Windows is it detects threats even if it they are newly made unlike other software that usually fails to notice that kind of possibility.

Comodo Internet Security also belongs to the list of best antivirus for Windows. It can detect and prevent zero-day attacks before they even wreak havoc to your computer. Comodo Internet Security catches and eliminates all types of malware including viruses, Trojans, rootkits, and worms. It can easily identify new attacks through its virus database that contains up-to-date definitions. Moreover, Comodo Internet Security uses an auto-sandbox technology that can run unknown executables and other files in a virtual container, keeping your legitimate files safe.

If you are looking for the best antivirus for Windows, choose Comodo Internet Security. It is a superb antivirus program that defends you against advanced threats. With just $29.99 a year, you can dodge major attacks and keep your computer system safe.