How to choose a good anti-hacking app

People have long since learned that their regular computers are vulnerable to hackers. They are now becoming increasingly aware that mobile devices (cellphones and tablets) are, basically, just mini-computers. As such, they are also vulnerable to hackers, which means they need protection from a good anti-hacking app. If you want to know what makes an anti-hacking app good (and hence how to choose one), you need to start by understanding the common methods hackers use to attack mobile devices. Here’s a guide to help. 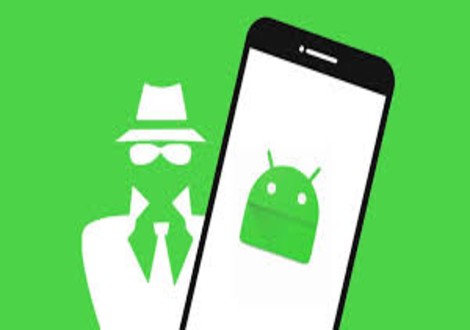 This is an IT term for plain, old-fashioned trickery. The standard approaches have been around for thousands of years, literally. They just take on new forms depending on the state of technology at any given time. When it comes to mobile devices, there are basically three main ways of attack. These are calls, texts and messages.

Spam calls have been around for decades, but up until relatively recently, it had its limitations. Basically, calling from near your victims lowered your costs, but increased the risk of running into problems with law enforcement. Calling from further away made it harder for the law to touch you, but increased your costs. Unfortunately, internet telephony has substantially reduced the cost of making international calls and hence opened the door to fraudsters. You therefore need to look for an anti-hacking app with call-filtering/blocking capability.

The key point to understand about texts is that they are no longer a “safe zone”. Just opening a text message can be enough to infect your phone with malware, you don’t necessarily even need to click on a link. You therefore need to look for an anti-hacking app with ability to filter/block text messages.

These days messages can mean anything from email to instant-messaging applications. The same issues apply to all of them. If they can contain links, they are potentially dangerous and these days it’s no longer enough just to know you can trust the sender. They could have had their device hacked. You therefore need an anti-hacking app which can analyze links and warn you when you have clicked on a dangerous one, so that you can take an informed decision about whether or not to continue to the website (not going to it is usually the smart move).

This is a variation on the concept of hacking through messages. Basically, cybercriminals buy advertising space and then use the adverts to transmit viruses. This is known as malvertising. Usually the victim needs to be tricked into clicking on a link, however, there has already been an instance of a virus being triggered just through an advert being displayed on screen. This was in the world of regular computers, but it demonstrates the principle. You therefore need an anti-hacking app which can block adverts.

There are basically two ways this can work. Firstly, your mobile device could be stolen for its value as hardware, with the data just a nice bonus. This is particularly likely for premium devices, which can be broken up for parts, especially the screens. Secondly, while this may sound like a harsh comment, someone you know could deliberately take and tamper with your device, specifically to get access to your data. You therefore need to look for an anti-hacking app with anti-theft capabilities.

Hacking through vulnerabilities in your network(s)

If you use a cell network, then your device is vulnerable to USSD attacks. These are attacks which trick your device into thinking that it’s receiving instructions from your cell network. If you just use WiFi, then you need to be wary of people intercepting any communications you make over public WiFi.

Anti-hacking apps don’t have to be expensive

A good anti-hacking app will offer a lot of functionality, but it doesn’t have to be expensive. Head to this page right now to get Comodo antivirus for Android. It gives you all the protection you need at a price you can afford!