Antivirus software is a computer program used to protect your PC against a variety of threats, including keyloggers, browser hijackers, Trojan horses, worms, rootkits, spyware, adware, botnets, and ransomware. It is installed in desktops, laptops, and other handheld devices.

Having the best security suite on your device is important as soon as you purchase one. But how do you know if it's the best? For one, you should look to see if it can fulfill your system configuration requirements. Take note that an antivirus that works perfectly fine for your computer might not work out for the other. Choosing the best security suite can be tricky as there is no one-size-fits-all. However, antivirus programs that have special built-in features are always a good find.

Today, we will discuss about Sandbox Technology and Firewall which are just two of the special features of the best security suite. 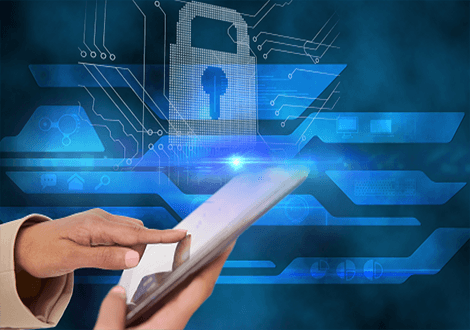 A sandbox is a software-testing environment on a network that isolates programs to prevent malicious or malfunctioning codes from damaging the rest of your computer. This technology is sometimes available in antivirus software, providing another layer of defense against new malware and stealthy attacks. Sandbox tool is great for analyzing new software as it helps you avoid system failure and keeps software vulnerabilities from spreading.

How Does Sandbox Technology Work?

Sandbox technology can identify malicious codes by executing a program in a secure and isolated environment. This way, the code's behavior and output activity can be observed well without compromising your legitimate files and programs.

While traditional security measures can detect viruses by looking for patterns identified in previous instances of malware, it sometimes oversees new threats. With sandbox technology, you will have the ability to detect advanced malware so even if it doesn't have a signature or reputation yet, it will still expose its true intentions in the sandbox.

Sandbox implementation has three types and they vary depending on your organization's needs. This includes:

Another feature of the best security suite is firewall. A firewall is a network security device which observes incoming and outgoing network traffic. It either grants or blocks data packets based on some security rules. It's main duty is to create a barrier between your internal and external network so viruses and cybercriminals can be hindered from entering the system.

How Does a Firewall Work?

Firewalls monitor and filter all incoming traffic based on certain rules to avoid putting the whole computer in jeopardy. They are found at the computer's entry point, called ports, which is where information is exchanged with external devices. All messages entering or leaving your local network passes through a firewall for evaluation. It then examines each message and blocks those that do not meet the established rules.

Firewalls are available in software or hardware. A software firewall is installed on each computer to regulate traffic through port numbers and applications, while a hardware firewall is a small equipment installed between your network and gateway. Here are some common types of firewalls:

Malwares can be easily transmitted to your computer and can quickly cause a lot of damage to your files. Having the best security suite with sandbox technology and firewall features can protect your computer from malicious mischief.

Comodo Internet Security is a powerful antivirus software with an extensive list of features which includes sandbox and firewall. It allows you to rest confidently knowing that your system is well-kept and free from malicious programs.