There are basically two kinds of software, proprietary and open-source. Proprietary software is software which is owned by a company. You usually have to pay for it, but some companies offer free versions of all or part of their software range. Open-source software is basically software which is run by a community of users in which, theoretically, anyone can participate. In practice, you typically need a relevant skill-set in order to be of any use. 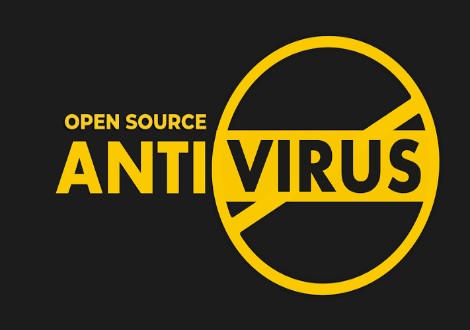 In general, there is nothing wrong with open-source software. The open-source community has brought a lot of useful programs into the world. It’s also taken care of legacy programs after the companies which created them decided that they were no longer worth the resources needed to maintain them. The open-source model, however, does not work well for antivirus software. Here are four reasons why you should avoid using an open-source antivirus.

Open-source means that the code is publicly available

If there was ever a reason to avoid using an open-source antivirus then this is it. The core of the open-source movement is that all code has to be made publicly available. On the one hand, this means that anyone can take it and develop it further, on the condition that they make the results of their development available publicly. On the other hand, it means that anyone can analyze it for security weaknesses.

The conflict between openness and security has taken a whole new level of importance as broadband internet has gone mainstream. For the most part, the issue has been worked around by making sure that open-source software was protected by robust security software. Obviously, this approach cannot (sensibly) work with open-source security software which is the single, biggest reason why it’s best avoided.

Open-source software is built on community spirit, otherwise known as volunteer labor. By definition, volunteers will work when they want to work. They do not need to work and they cannot be forced to work. In general, this doesn’t really matter. In mainstream open-source communities, there are usually enough people with the necessary skills to make sure that everything gets done in good time. When it comes to antivirus software, however, it matters a great deal.

New viruses are being created all the time and now viruses are only one, specific form of malicious software. Other current forms include spyware, adware and ransomware. The volume of these kinds of malware is also increasing all the time and it’s probably a safe bet that malware creators are working on newer and nastier threats.

Much of today’s malware is intended for short-term use, in what are called “zero-day attacks”. Basically what this means is that cybercriminals analyze new software or newly-updated software and look for security vulnerabilities which were missed by the software developer. They then attack quickly to do as much damage as they can before the software developer catches on and issues an update. This means that antivirus products need to be updated super-quickly if they are to be effective and that is really hard to achieve in an open-source environment.

It’s better if an antivirus is hosted in the cloud

These days, it’s generally accepted that the best approach to keeping antivirus updated is to host the virus definitions in the cloud and just have local computers connect to them. Obviously, this means paying for cloud services, which creates a problem for organizations which are based around the concept of everything being done for free. This means that either the open-source community has to use the old-school approach of making virus definitions available for local download, or they have to rely on people donating sufficient funds to keep the cloud database running.

A lot of “open-source antivirus products” are actually malware

It’s a harsh fact of life that criminals will try to exploit legitimate security concerns for their own game. That fact holds as true of cybercriminals as it does for their real-world counterparts. Remember that malware does not need to be maintained the way proper antivirus software does. It can be totally “set and forget”. In other words, a cybercriminal just needs to create it once and cross their fingers that they can trick enough people into clicking on it to make it worth their while. This is exactly what some of them do.

The irony about this is that you can actually get legitimate antivirus software either for free or for very little cost. For example, you can click here right now to download Comodo antivirus and get all the protection you need at a price you can afford.