When setting up a business, it is not enough to know how to manage it well. You must also make sure that you’re able to protect it from various threats. Aside from the usual dangers like burglars and natural disasters, there is one more threat which can pierce lasting damage to one’s business – cyber-attacks. Unfortunately, some businesses do not even bother to use antivirus software free download.

Never make the same mistake. Be aware of what these threats are and what damage they can do. Take a look at the top cyber threats that made a big impact on both small and medium businesses this 2020. 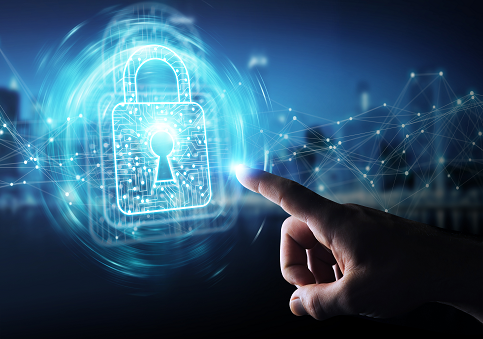 This cyber threat is as literal as it gets - it demands ransoms. What cyber attackers do is they would access your data and hold it hostage until you pay the ransom that they demand. Web criminals love to use this sinister attack on small businesses because they have a weak security, and unlike big businesses, they tend to pay the ransom right away.

Small business owners, when hit by this attack, would always be at the losing situation. Whether they pay the hefty ransom or bear the loss of data, it will be a big and painful hit for their business that may lead to its closure.

With this attack, it only takes one click from a hapless employee to infect a business’ whole network. With the reputable-looking emails attackers send, the chances are high that someone would click it to see what’s in there. Of course, the attackers can obtain sensitive information like user IDs and passwords from this.

Credential stuffing is a type of cyberattack that uses stolen account credentials (which include usernames and/or email addresses and their corresponding passwords) to gain unauthorized access to user accounts through large-scale automated login requests directed against a web application.

Large quantities of exposed credentials are automatically registered in and out of internet sites until they have been possibly paired to an individual account. After which, it will be hijacked by the intruder at their own convenience.

Credential stuffing a developing threat in the computer field which is attributed to database infringement. It has become popular as it can be done in a much easier, faster, and accessible way. One way to mitigate the effects of this threat is to download antivirus software free.

Cryptojacking is considered to be one of the most manipulative and dangerous web threats. It is a developing internet-based threat that disguises on a computer or device and manages its resources to mine online money identified as cryptocurrencies. It can take over operating systems, and compromise all kinds of devices – from computers and laptops to smartphones and even network data centers. Just like other hacking attempts, the purpose of cryptojacking is for financial gains.

Cryptojacking works in several ways. One of these is by using malicious emails that can install cryptomining code on a computer. The victim will receive a seemingly legitimate email with a link or an attachment. However, upon clicking on the link or downloading the attachment, it will download a cryptomining script on the computer. The script runs in the background without the victim’s knowledge.

Another method is when hackers inject a cryptomining script on a website or in an advertisement that is placed on multiple websites. Once a user visits the infected website, or if the malicious ad pops up in the victim’s browser, the script automatically runs.

If the device is being cryptojacked, it will show that the battery life decreases its percentage faster than normal. It’s also possible for your device to overheat as the power consumption of the CPU starts to rise.

DDoS or Distributed Denial of Service may be an old-school attack, but it still gets the job done: to give major headaches to businesses.

DDoS launches its attack by flooding a business’ web server with messages and requests. It significantly affects a business operations because it slows down its servers which leads to the reduction of a business’ quality service.

This will drive up the chances that a business, especially the small ones, would loss a significant percentage of their customers and may lead to a loss of revenue.

A strong antivirus software free download such as Comodo Internet Security can help block these cyber-threats. It comes with protective features such as antivirus, anti-malware, anti-rootkit, anti-spyware, bot protection, auto-sandbox technology, and memory firewall. It is ready to deliver reliable security solutions that can safeguard your network and data against malicious programs and online threats. You can never go wrong with Comodo Internet Security.