Does the Government Take Cybersecurity Seriously?

While the increase of usage of information and communication technologies has made a positive impact on the lives of people, it has also made cybersecurity a more complex issue. According to a 2011 Norton study, there has been an upsurge of threats in cyberspace. Crimes in the Internet like online fraud, identity theft, and loss of intellectual property have become common, affecting individuals, businesses, and governments.

With the wide scope of cyberattacks, governments must do something to safeguard the data of their constituents. They must pass legislations that would protect the security of people on the Internet and educate users on how to better combat cyberattacks (such as using antivirus software for PC.) 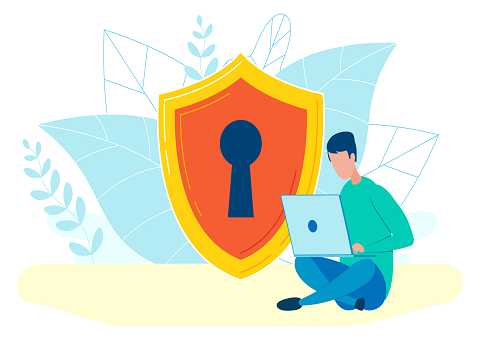 Cybercrimes in Different Parts of the World

A surveillance contractor for US Customs and Border Protection suffered a data breach just last May. The hackers were able to collect photos of travelers as well as license plates of about 100,000 people.

Africa has also experienced a problem related to cybercrime. The WannaCry malware has reached South Africa in May 2017, and companies in those countries lost about R36 million because of it.

Unbeknownst to some, cybercrime issues are also present in developing countries like the one mentioned above. One of the reasons behind this is that these countries do not have strict governmental policies that especially deal with this subject. Unfortunately, this makes home users and companies vulnerable to threats. Hackers can also freely divert their activities through these countries, which have neither the technical nor the legal expertise to catch them or punish them.

It is important that the government take on a ‘hands on approach’ to help resolve these cyber risks. Aside from educating its citizens and businesses on how to avoid falling victim to an attack, they should also pass regulations for the protection of sensitive data. Failure to comply with these laws will result in legal and financial consequences.

At the moment, there are some laws being implemented such as the European Union’s Global Data Protection Regulation (GDPR), as well as the United States’ Health Information Privacy and Portability Act (HIPAA) and California Consumer Privacy Act.

As the technology sector moves fast, new companies and new services pop up all the time. That is why the government must urgently deal with cybersecurity issues similar to how they would respond to outbreaks of infectious diseases like the flu or measles. They need to understand that once these viruses infect computers with weak defenses, it can spread out and cause major havoc.

With this context, the governments can easily do more to protect their people against cyberattacks. They could pay for mass-information campaigns to remind people to install antivirus software for PC and to update their programs on their devices. This would go a long way to enhance cybersecurity.

An example of this is the campaign headed by the mayor of New York. In 2018, Bill de Blasio has started providing this kind of support to his constituents. The program aims to beef up security by teaching the average user basic skills, like how to detect and get rid of a malware infection, and helps them to recognize phishing scams and other forms of common cyberattack.

Although stopping more sophisticated attacks can be difficult, information campaigns can make it a lot easier to promote a certain level of consciousness and technical expertise among the general population.

What Can You Do To Help the Government?

In addition to the help provided by the government, home users and business organizations should do their part to maintain the security of their data.

As more and more people take remote jobs, we cannot deny its inherent risks. Depending on the Internet for communications and access to information can make us vulnerable with each passing day. As such, you must ensure that your data is always kept private and protected. Deploy reasonable security measures to guarantee that your sensitive files are safe from inappropriate and unauthorized access.

To defend your systems against viruses, malware, and other online threats, make sure that you have the latest antivirus software for PC, web browsers, and operating systems. Oftentimes, software programs automatically update without having to check them manually. Updating your software regularly can make your computer less susceptible to viruses, hacking, and becoming outdated.

For exceptional antivirus software for PC, use Comodo Internet Security. It provides a robust layer of defense to protect your network and data against malicious programs and online threats. It also lets you work and transact online with confidence with its Secure Shopping feature.