These days, if you have an Android device, you need a solid antivirus app for it.  At this point that is non-negotiable. There’s no shortage of antivirus apps for Android to choose from so, to help you make your choice, here are six points you need to know before you make your purchase. 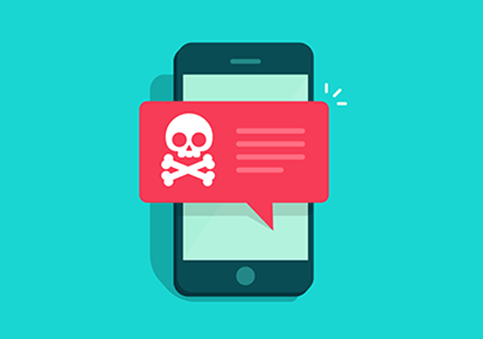 Many free “antivirus apps for Android” are, in fact, viruses

You need to be very careful with free antivirus products (for all platforms) because a significant percentage of them are actually viruses disguised as antiviruses.  What’s more, some of them can be designed to look like antivirus products from legitimate vendors. The good news here is that it’s usually pretty easy to spot the rogue apps and the counterfeits if you look closely enough, you just need to take the time to look.

Picking up from the previous point, when it comes to antivirus apps for Android, you really need to know who’s behind any given product, or to put it another way, brand names matter a lot (but only if they’re real ones).  If you’re downloading an app from the Play store, then make sure that you actually go into the app and check basic details like the developer’s name, real-world address and website. Then go and search the developer on a reputable search engine and cross-check what you read on the entry in the Play store to make sure that everything tallies.  If it does, you may just want to download the app from the developer’s website.

Lots of positive user reviews are a good sign

Be very careful of downloading apps with only a small number of user reviews.  In a best-case scenario these can leave you with a misleading impression of the app and in a worst-case scenario can be out-and-out faked.  When there are a lot of user reviews, however, then you can have more confidence in what they say, although even then it’s a good idea to click into a few of them at random and make sure that they look like they were written by an actual, real human who had genuinely used the app, rather than by a bot.

All apps have a payload on a device, the only question is how much of a drain they are on your system.  While antivirus apps for Android are generally less demanding than many games (at least, the well-written ones are), they are still a moderate drain on a device’s system, which is why you want system-optimizer functionality to maximize your device’s overall performance.  You also want the ability to schedule tasks which are important but non-urgent, for example deep-level scans, so that they run when it’s convenient for you, rather than when the app thinks they should.

Look for apps which protect you when browsing

These days we are increasingly surfing the net from our mobile devices, which can be both very convenient and very comfortable, but does mean that our Android tablets and phones are exposed to a higher level of risk.  This means that you want to look for apps which can offer real-time protection when you are browsing and if you are looking for an antivirus app for an Android phone (or a tablet which uses a SIM card), you also need protection against USSD attacks.

In simple terms, USSD attacks are attacks which leverage weaknesses in the cellular network, rather than the regular internet.  The good news about this is that they can only attack devices which use mobile data, i.e. devices which have SIM cards. The bad news about this is that this includes a lot of Android phones which are central to people’s lives, which means that these attacks can do a whole lot of damage.

Antivirus apps for Android aren’t really about protecting your device itself, although Comodo antivirus for Android does have anti-theft functionality.  They’re about protecting your privacy and your sensitive data (and the privacy of any people whose contact details you hold). This means that even budget-level Android devices need to be protected, but the good news is that Comodo antivirus for Android is a very budget-friendly solution.  Head to this page to download them now.