Antivirus software companies focus on providing adequate protection against a growing number of security threats, but there are also a number of free options available, including free basic programs from the same developers that also offer subscription-based packages. One major benefit of the free antivirus software lies in its very name that highlights it is free-of-charge. Free virus protection software is considered to be a convenient way to try out the product before committing to it. These free antivirus editions are capable of scanning for malware, and often have the option for automatic scans. Some free editions also have additional protection tools such as a built-in firewall or a browser add-on that checks for bad links.

With a free antivirus edition, you can increase the tool's basic security with countless security utilities and there is indeed a huge number of mix-and-match combinations with other free tools, VPN services, browser add-ons, and programs you can choose from to customize your protection suite to fit all your requirements without spending any money.

Antivirus software is a program designed for detecting, removing, and preventing malware infections on separate computing devices, IT systems, and networks. It is also capable of protecting against an extensive range of threats, including various types of malicious software, such as Trojan horses, keyloggers, botnets, spyware, ransomware, worms and browser hijackers.

Antivirus software must specifically be given privileged access to the whole system in order to scan systems in a comprehensive manner. This allows antivirus software itself to become a common target for attackers. Recently, researchers have discovered remote code execution and various other serious vulnerabilities in antivirus software products.

The distribution of antivirus software takes place in a number of forms, such as stand-alone antivirus scanners and internet security suites that provide antivirus protection, together with privacy controls, firewalls and other security protections.

There are antivirus software vendors who offer antivirus free versions of their products. Let's take a look at some of these free antivirus features. 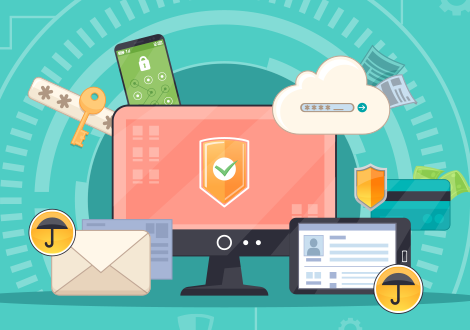 Comodo Free Antivirus is available with exceptional security features that enable it to become one of the best free antivirus existing in the IT security industry. Your PC is successfully protected from trojan horses, worms, viruses, spyware, rootkits, adware, backdoors and other malware infections, including the highly dangerous zero-day malware.

Avira Free Antivirus
Avira free antivirus software has a user-friendly interface promoting easy and effortless understanding and handling of this software. Apart from this, there are several other security features that are to be considered:

Avast Free Antivirus scans for performance and security issues and guides you on how to fix things immediately.

Key security features are as follows:

Kaspersky Free Antivirus offers necessary PC protection by identifying malicious files, links, and scripts. The level of functionality and protection are of the most advanced standard.

Bitdefender Antivirus Free Edition is free to use, extremely fast, and loaded only with the bare-bones protection features essential for all computer requirements.

All these antivirus free versions are sure to provide you with all the basic requirements for protecting your computer from various threats and even removing any malware infection. Comodo's free antivirus version is available with all these basic features including the Default Deny Protection which, when compared to other security software, denies access to a program if it is not in Comodo's comprehensive whitelist. The cloud-aware security features available with Comodo's free antivirus program are light on the system and offer regular virus scanning and behavior analysis report.