The six most important features of a modern antivirus program 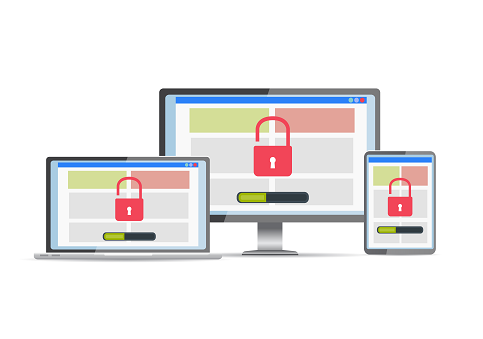 They protect against all forms of malware

In the old days, viruses were all that there was and while they were certainly a problem, they were really a minor irritation compared with the damage modern viruses can do. Now, not only have modern viruses become massively more sophisticated (read dangerous) but now they are just one, specific, form of threat alongside the likes of adware, lockware, ransomware, spyware, trojans and worms plus various hybrids thereof. That’s before you get to the fact that cybercriminals are coming up with ever more ingenious ways of delivering malware, such as creating fileless malware which doesn’t have to be hidden in code the way traditional malware does.

Not only is the above paragraph not an exaggeration, it’s only just scraping the surface of the breadth and depth of cyberthreats in existence today and it’s probably fair to say that there are going to more of them created in the future and they will probably be even more deadly.

They are hosted in the cloud

The best modern antivirus programs have massive databases of malware definitions and these databases are being updated all the time and hence getting bigger and bigger. In the old days, these databases had to be loaded onto the host computer and every time an update was released, it had to be downloaded and installed onto the host PC. This was a large part of the reason why antivirus programs used to be notorious for creating performance drag and why many people disliked using them, even though they knew that they were necessary. Now, however, the best, modern antivirus programs are hosted in the cloud, which makes life quicker and easier for users and their PCs.

They offer a sandbox

Sandboxes are sometimes marketed as quarantine areas which is a pretty accurate description of what they do. When you have a sandbox, any new software goes into it for analysis and, if necessary, treatment. That way if anything sneaks past your antivirus (or if anything is loaded into your computer manually), your antivirus has a chance to deal with it in a contained area, which means that if it springs any nasty surprises before it dies, the results will be kept contained to the sandbox rather than spread through your computer.

They come with an integrated firewall

Firewalls check your internet traffic for security issues. They are sometimes marketed as “browsing protection”. You can buy them separately and if you really know your way around IT, you may prefer to, but for most people it probably makes more sense to look for a modern antivirus program with an integrated firewall so that you don’t have to figure out how to configure both programs so that they work together effectively.

They come with an ad blocker

Similar comments apply here. Ad blockers are available separately, however these days ad blocking isn’t just about the convenience of being able to surf the internet without pop ups and other distractions going off all the time. Adverts are now a serious security threat, which is why it arguably makes sense to make blocking them the job of your antivirus program.

They are backed by a reputable brand

In the old days, if you wanted to sell software, you had to load it up onto physical media and then either post it out to people or persuade retailers to stock it for you. These days, if you want to sell software, you just need to set up your own website for people to download it. This basically means that anyone can set themselves up as a software developer, which is good news for entrepreneurs, but sadly, it’s also good news for malware creators, who can now find it much easier to pass themselves off as legitimate companies.

An antivirus program is far too important for you to take chances with it so stick to brands which have shown they can be trusted. Click here right now to download Comodo antivirus and get all the protection you need from an established, U.S.-based company which is trusted by millions.