What is Antivirus Protection?

Antiviruses are pieces of software that protect data and information on a user’s computer from malware. Antivirus protection acts as the first line of defense against cybercriminals trying to gain access to your computer and your sensitive information.

An antivirus is an essential component of a modern cybersecurity stack. Even the most security-aware computer users should have a trusted antivirus software running on their computer. 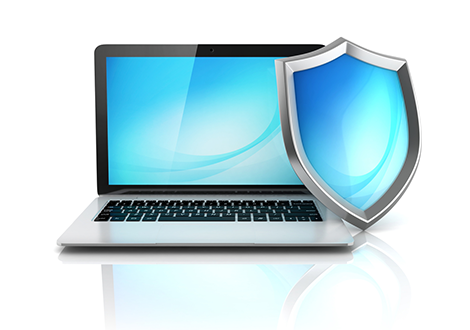 How does Antivirus Protection Work?

Any time you download or launch a file, an antivirus program scans the file for malware. Most antivirus programs today have numerous scanning detection processes to ensure maximum safety for their uses.

The most basic detection process common to all antiviruses today is called “specific detection.” Specific detection works by scanning a file for specific traits and checking these traits against a known list of malware. When antiviruses first emerged in the late 1980s, this was the type of detection they all used, and this type of detections continues to be an essential component of modern antiviruses. But cybercriminals have developed effective workarounds for this process. A cybercriminal can disguise a piece of malware by even slightly modifying the code, rendering the malware undetectable.

Advanced antivirus protection today requires using heuristic detection to ensure that even unknown malware cannot compromise their intended victims’ computers. Heuristic detection describes the method of analyzing the code of a file to determine if it contains processes commonly found in malware. If suspicious code is detected then the antivirus deletes the file or recommends it for quarantine. Heuristics works by searching for and identifying malware-like behavior or attributes rather than specific virus signatures that matches the signatures on a blacklist of known viruses.

How Does an Antivirus Software Work to Protect Your Computer?

Antivirus protection is essential for all computers. Whether you have a desktop or laptop, and a Mac, Windows, or Linux OS, an antivirus provides protection by running background scans, full system scans, and downloading and checking virus definitions.

All antiviruses have a list of virus definitions, or known viruses that should not be allowed access to the computer. Antiviruses continuously download updated viruses definitions, to ensure they are aware of the latest types of viruses, so they can block them if they are downloaded.

Why You Need Antivirus Protection?

PC users (along with users of other mobile devices) these days cannot survive without antivirus protection. Virus, ransomware and other types of malware, and most importantly, the zero-day threat strike the digital world at regular intervals. And without Antivirus protection, your PC can get affected by one of these easily – if it is not protected using the right security software like antivirus.

Reasons for Having Antivirus Protection

AntiVirus Protection is a must. Without this, your PC gets exposed to various types of security threats. Virus, malware, ransomware, trojans to name a few. And not to forget the zero-day threats. Therefore install antivirus and protect your PC's security from being compromised.

About Comodo Antivirus – The Best Antivirus Protection for PC

Comodo Antivirus uses advanced heuristic detection and patented auto-containment technology to ensure that even unknown malware cannot compromise our users’ computers. Our heuristic detection technology analyzes the code of a file to determine if it contains processes commonly found in malware. If suspicious code is identified, Comodo Antivirus deletes the file or flags it for containment. Files run in Comodo containment are kept in a sandbox environment, separate from your operating system, where they cannot gain access to your computer or your sensitive data.