How to choose the best antivirus for your security

These days, you don’t just need “an antivirus”, you need the best antivirus for your security. With that in mind, here is a guide to picking out the best from the rest. 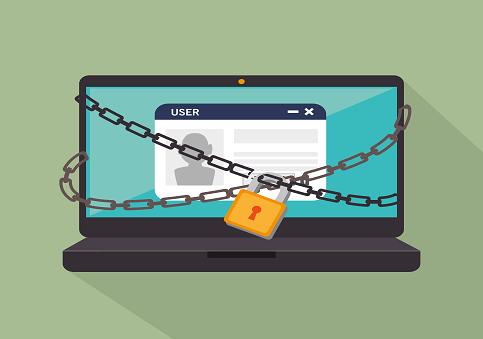 You want a cloud-based antivirus

In very simple terms, the most important part of an antivirus program is its database of malware definitions. This is basically a list of the various types of malicious software (currently) in existence along with details of how to recognize them and what to do about them. These databases are already very big and they’re getting bigger all the time as new forms of malware are created.

The size of these databases (and the need to keep querying them locally) was one of the main reasons traditional antivirus software had a reputation for dragging down the performance of even the best PCs. Moving to the cloud not only solves this problem, but also means that updates can be made active just about as soon as they have been created, rather than needing to be downloaded and installed on a local PC. Even though this gain might be slight, when you multiply it over numerous updates, it can make a clear difference. As an added bonus, having updates applied in the cloud eliminates the possibility for user error, in other words forgetting to download and install the updates or just not doing it properly.

You want an antivirus which is updated regularly

In blunt terms, an antivirus is only as good as its last update. New specimens of malware are being created all the time and new forms of malware are being created all the time. For example ransomware is a fairly new type of malware (it encrypts your files so you have to pay a ransom for their release) but its rate of growth is staggering. Likewise “cryptojacking” is also a fairly new phenomenon, this is when a cybercriminal takes over your computer and uses it to mine cryptocurrency. This may not seem like a big deal, but what you have to remember is that these days, hackers are often motivated by ideology, so that cryptocurrency could be used to fund terrorist activity, making you an accessory to it, albeit unwittingly.

In short, it is now absolutely vital that you use an antivirus which is regularly updated so that your protection remains secure.

You want an antivirus with an integrated firewall

Firewalls essentially look for any sign of suspicious activity in your internet traffic. They are often marketed as “browsing protection” as this is the most obvious (and easily-understandable) function, but this is only a part of what they do. You can buy separate firewalls and if you’re really into IT, this may be a reasonable option, but if you’re going to go down this route, you need to be totally confident that you have what it takes to configure both your firewall and your antivirus program so that they work together. For everybody else, just look for an antivirus with an integrated firewall. It can make life a whole lot easier.

Essentially the same comments apply here. Ad blockers used to be marketed as convenience products (some still are) but sadly at this point in time adverts have become a real security threat to the point where they need to be blocked in order to keep people safe online. Because of this, it arguably makes the most sense to hand the job of blocking them to your antivirus program.

To be very clear about this, right now you cannot afford to have adverts displayed because they can now host malicious software which can be triggered just by an advert being displayed on screen. Possibly the most notorious instance of this was an attack on Spotify, which should serve to highlight the fact that sticking to “safe” websites will not help because the problem isn’t the website itself, it’s the third-party adverts which are shown on it. In principle, sites and advertising agencies should be working to address this issue, they probably are, but for the time being the onus is on the user to keep themself safe and that means using an ad blocker.

You want an antivirus which is backed by a reputable brand

It may be fun to check out new entertainment options, but when it comes to security, you want to stick with brands which have a proven track record of successfully protecting their customers. Comodo has been in the cybersecurity business for over 20 years and is trusted by millions. Click here right now to download Comodo antivirus and get all the protection you need at a price you can afford.