How to choose an antivirus for your computer

These days there are numerous antivirus products on the market, ranging from the free to the extremely expensive. The bad news is that price isn’t necessarily a guide to quality. Some of the free antivirus products from the best brands can do a massively better job than some of the more expensive paid products out there. This means that if you’re choosing an antivirus for your computer, you need to take a good, long look at the list of features. Here’s what to look for. 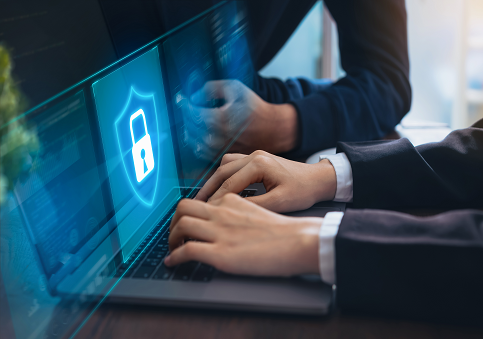 Look at how often it is updated

This can actually be easier for mobile apps than it can be for websites. The reason for this is that the official app stores actually state when an app was last updated, whereas websites may or may not. Having said that, the state of the website can be a good guide. If it looks like the website last saw new content back at the start of the new century, then you can probably take it as read that the antivirus products aren’t really getting much in the way of maintenance and while an up-to-date website isn’t a guarantee that the antivirus products are being maintained, it is a good sign and offers some reassurance.

These days, the term “antivirus” is essentially a marketing term, because it’s easier for the average user to understand than the more correct term of “antimalware product”. In the real world, however, it’s been a long time since viruses were the only form of malicious software lurking in cyberspace. These days you also need protection against all kinds of other threats including adware, lockware, ransomware, spyware, trojans and worms.

Antivirus programs may not specify all the threats they cover, but you’re basically looking for some indication that they cover more than “just” viruses (although viruses are still a huge problem). In particular, you need to be sure that you are covered against spyware as this is designed to be virtually impossible for humans to detect on their own.

See if it has a sandbox

It is very much preferable for an antivirus to have a sandbox. Basically this is a containment area which can be used to analyze and, if necessary, treat software before it is given the full freedom of your computer. In the old days, sandboxes were seen as “nice bonuses”, but now they’re arguably essential because malicious software just keeps getting more sophisticated and therefore harder to treat. You really want to keep them quarantined so that if they put up a fight before they go, the damage will be kept contained in the sandbox.

See if it has a firewall

You can still buy firewalls separately, but if you do then you have to configure your firewall and your antivirus to recognize and cooperate with each other rather than seeing each other as a threat. If, however, you get an antivirus product with an integrated firewall, then the two functions are guaranteed to work together.

See if it has an ad blocker

At this point in time, ads are more than just a minor inconvenience/irritation. They are an outright security threat. In short, cybercriminals are making increasing use of a strategy called “malvertising” which basically means paying for advertising space on legitimate websites and using the adverts to spread viruses. This generally involves tricking users into clicking on a link, however, it is possible for some forms of malicious software to be triggered just by an advert being fully loaded on a user’s screen. This happened in a notorious attack on Spotify. In principle, websites and their advertising agencies should guard against these attacks, but since they’re clearly doing a questionable job of it, users need to protect themselves.

Look at the brand behind the product