Although Microsoft does now have its own app store it is both relatively new and relatively limited compared to its Google and Apple counterparts.  Windows users are quite accustomed to having to head to third-party sites to find the software they need so, in principle, they should be quite familiar with the principles of safe surfing and with the importance of checking out the credentials of any website before you download anything from it (or before you enter your payment details).  As a quick refresher, be very aware of the fact that these days there is a lot of malware which disguises itself as security software which means that it is very advisable just to stick to official websites from established, reputable companies such as Comodo. 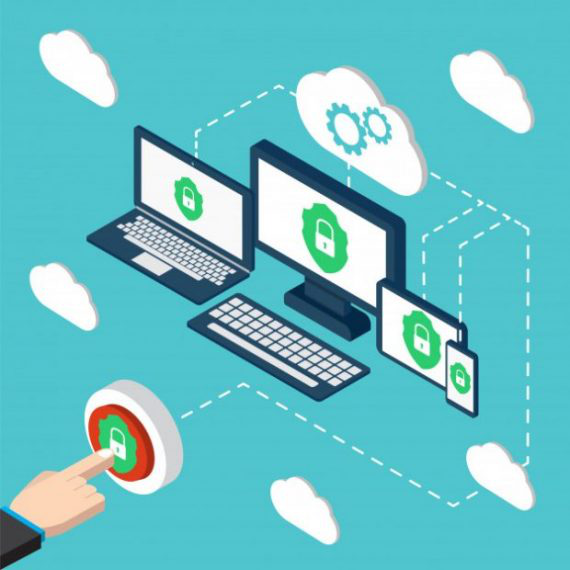 When it comes to choosing the best antivirus for Windows 10, it’s a good idea to make your choice before you get your new PC, so that you can just head straight to the relevant site and install your antivirus protection as quickly as possible.  If this is not possible, then it’s strongly recommended to do your research from a protected device, even a mobile device, make your purchase from it (if you possibly can) and then go onto your new PC to download it. (You might even choose to download it onto another device and use offline media to transfer it to your new PC to install it).  Basically, avoid surfing the internet from an unprotected PC not even for a short time and not even when you’re only planning to visit what should be the most secure of sites.

These days there is a strong preference for cloud-based functionality as it allows for updates to be made immediately rather than having to rely on users updating their local systems.  In particular, cloud-based whitelisting and cloud-based behavior analysis provide outstanding protection against vulnerabilities such as “zero-day threats”. These are attacks which exploit a security flaw before it is fixed, hence they tend to be very short-term but very intense, essentially cybercriminals have a very short window of opportunity to exploit the flaw, so they make the most of it.

Check for protection against spyware

Technically there is a difference between viruses and spyware, which means that a program can legitimately call itself an antivirus program even if it doesn’t scan for spyware.  Spyware is, however, a really nasty form of malware, which can not only cause practical damage (e.g. by compromising your bank details), it can also cause emotional damage because nobody likes the thought of having their personal information viewed by a stranger, especially not one who may have malicious intent.  In fact, spyware can even be used by people you know to keep track of you without you knowing anything about it. In short, it’s a horrible form of malware which is why the best antivirus programs for Windows 10 will have protection against it.

Check for a "Game Mode"

Some online games are notorious for spawning pop-up adverts every which way you look and not only can they be extremely annoying, they can also be actively dangerous.  There is a form of cyberattack called “malvertising” which basically means that an attacker buys advertising space and puts up an advert with a link either to a virus or to a malicious website.  The user believes that the site hosting the advert is reputable (which it might well be) and so thinks that it is safe to click on the link and then falls victim to a virus. Obviously, reputable sites will do their best to check both adverts and advertisers, or they should, but some well-known sites have ended up inadvertently participating in malvertising so the safest (and most convenient) solution is to limit the number of adverts shown on your screen.

Check for the balance of features and value