These days, all Android devices need robust security protection.  That goes for both cellphones and tablets. There are a lot of software developers out there competing for your business.  This means that there’s a huge variation in the quality of the various security apps on offer. With that in mind, here are four points to check if you want to be sure to get the best security app for your Android device. 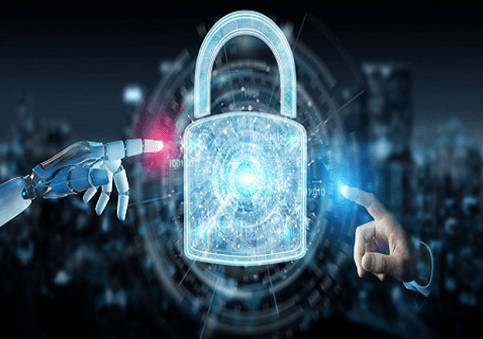 Although the term “antivirus” is in common use (in fact, it’s regularly used even by IT professionals), it’s really a legacy term from back in the days when viruses really were the only security threat around.  Today, they are probably the biggest, single type of digital threat around, but they are very far from being the only one.

To clarify the first part of that sentence, viruses are all alike in the sense that their defining feature is that they self-replicate.  There is, however, a huge range of different virus types in existence, each with their own specific characteristics and not only is it becoming increasingly common for virus creators to start to combine elements of different virus types to create hybrid viruses, plus new virus types are being created all the time.

For example, a few years ago, ransomware was practically unknown, now it is a growing threat, for clarity ransomware is a form of virus which encrypts files and charges the owner of the files a ransom to have them released.

Check that it offers protection when browsing

Not only is the range and diversity of malware increasing all the time, but malware creators are coming up with ever more creative ways of delivering it.  For example, there is a tactic called “malvertising” in which malware creators leverage the trust users have in legitimate websites by purchasing adverts on them and using these adverts to spread malware.

Some major sites have become hosts for malvertisers, past attacks have targeted the New York Times, the BBC, AOL and the NFL, which were all used in an attempt to spread ransomware, Forbes, and Spotify.  The attack on Spotify was particularly significant for two reasons. First of all, the malware claimed to be free security software. Secondly, the malware was able to attack without any action on the user’s part, just displaying it on the screen was enough.

Part of the reason why malvertising can be so effective is because legitimate adverts are now part and parcel of life on the internet to the point where many people just blank them out, unless they see something really interesting.

Check that it offers protection against cellphone-specific threats

If you’re looking specifically for protection for an Android smartphone (or for a tablet which uses a SIM card), then you need to think about getting protection against threats which are carried along the cellular network, rather than just the regular internet.

First of all, you want to look at solid, basic, protection such as filtering/blocking of calls and texts.  This is far more than just a convenience (although it can be appreciated for that reason alone). It’s also a security issue because nuisance calls can be scams designed to part you from your money and/or from your valuable personal data and nuisance texts can trick you into clicking on malicious links and downloading malware.

Secondly, you’ll want to look for protection against USSD attacks.  These are essentially attacks which exploit weaknesses in the cellular network.  These attacks are becoming more common, which is entirely understandable given the vast numbers of Android handsets now in use.  They are also becoming more concerning as cellphones are increasingly becoming the hub of an individual’s personal life and hence store all kinds of sensitive information, from contact details to banking details.

Check that it’s from a reliable source

A lot of so-called "security products" are actually various forms of malware, this is particularly true of products sold as "free antivirus" solutions.  Because of this, it’s real important only to download security apps from brands you know and trust. Head to this page to download Comodo antivirus for Android and put your Android device in safe hands!