Four ways a computer worm can cause you serious problems

From an IT perspective, the run-up to the year 2000 was all about the infamous Y2K bug.  For those who’ve forgotten, this was the fact that many programs stored the year in two figures, because it was just assumed that the first part would be 19.  This had to be fixed before the year 2000 arrived (and fortunately it was).

It is therefore arguably rather ironic that what ultimately ended up bringing down computers was the infamous iloveyou worm, which has gone down in IT history as the great debacle of the year 2000.  It is estimated to have cost around US$15 billion to remove the worm, plus the worm, caused an estimated US$5.5 to US$8.7 billion worth of damages. 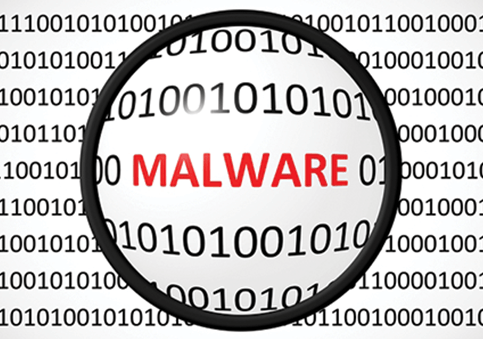 The basics of worms

Worms are a specific form of virus.  A virus is a program which is designed to replicate itself.  Standard viruses will lie dormant until a specific set of circumstances arises and triggers them.  Worms, however, can activate themselves and they do not necessarily need to attach themselves to legitimate code in order to spread.  The specific nature of the damage inflicted by worms varies according to the creator’s degree of malice (and their skillset).

Here are some of the most common problems caused by worms and some tips on how to identify them and deal with them.

The first place to check is your hard drive, if it’s ludicrously full compared to what you think it should be, that’s likely to be a sign of a virus, not necessarily a worm, but a worm is probably your top bet.  After the hard drive, check the processor and memory usage, again, if they look way down on what they should be for the activity you are performing then a virus infection is a definite possibility. Last but definitely not least, check your network bandwidth, if it seems to be unusually slow, then you should be alert to the possibility of a virus.

For the sake of completeness, if you’re using WiFi or mobile data, then be aware that these types of connections can be slowed down by local conditions (for example being surrounded by thick walls) or by weather, so be sure to compare like with like.

The only way to detect this is to undertake a thorough examination of your files and how feasible this will be will depend largely on how you organize your computer.

Similar comments apply here.  If your computer is usually the epitome of minimalism and you can recognize every last file, then you may be able to spot the changes, but in the real world it is likely to be very difficult.  This is why worms are often used as a way to install a backdoor into a computer for a hacker to access it at their leisure and perhaps install spyware to have full access to the computer.

You may be able to spot physical theft but in digital terms, “theft” really means copying data and sending it to a third party and in real-world terms possibly the only way to spot this would be to monitor your network traffic, which would require specialist software and probably be far and beyond what could be expected of the average person.

The value of a robust antivirus program

The takeaway point from all of this is that worms are a very nasty form of software and hence it’s very advisable to do everything possible to avoid them.  This means investing in some decent antivirus protection, over and above the security software which comes bundled with the main operating systems (Windows Defender, XProtect and Play Protect).  As a minimum, you should download a free antivirus program from a reputable provider.

Please note, it is really important that you use an established, reputable provider, as there is now a lot of malware which is disguised as free antivirus software.
It is, however, strongly recommended to invest in a paid-for antivirus program or app, which will provide a much greater degree of protection than any of the free solutions.  The best source is Comodo, which has antivirus products for all the main platforms (including MacOS and iOS) and provides excellent protection at a very affordable price. In fact, you could protect your main computer and all your mobile devices for the cost of a few cups of coffee.  Head on over to the Comodo website now to get the protection you need!