How to choose the best free antivirus for your laptop

Laptops have come a long way since they first entered the market (way back in the late 1980s). These days many of them have the same sort of power as desktops, but in a lighter, more portable format. As such, they’ve switched from being moderately-useful tech-toys for people on the move to being genuine desktop-replacements for people who have limited space. This means they need exactly the same level of protection as desktop PCs, in fact they may even need more. 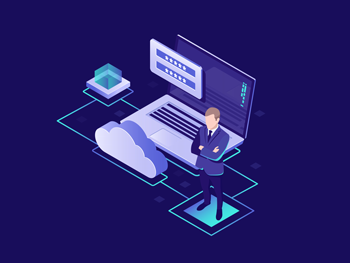 Remember that anyone who has access to your computer can tamper with it. Keep this in mind at all times. A robust antivirus can provide a whole lot of protection against a whole lot of threats, but there’s a limit to what it can do. For example, if you create a file with all your passwords and leave your computer unlocked and unattended where it’s easily accessible, there’s really not a lot any antivirus program can do to help you. Obviously, this applies to any computer, but it’s particularly relevant to laptops.

Having said that, these days, it’s probably fair to say that at this point in time most threats come from the internet and/or digital messages such as emails. This means that your antivirus is going to be you main form of protection against them. With that in mind, here is a guide as to how to choose the best free antivirus for your laptop.

Look for a cloud-based antivirus

There is still one downside to laptops, which is that it’s often impossible to upgrade their hardware once they are built. You may be able to replace parts if they become damaged (or have someone do it for you), but it’s highly unlikely that you’ll be able to increase storage or memory or get a faster processor. What’s more, you generally need to be a bit careful with how you use laptops as cooling is often an issue. Overheating doesn’t just make a laptop uncomfortable to use, it can actually damage the components.

Because of this, you want to look for an antivirus which is hosted in the cloud. What that basically means is that all the information the antivirus needs is kept online. The antivirus just connects to a database of “virus definitions”, essentially descriptions of malware, and gets instructions on what it needs to do to keep your laptop safe.

This approach has several advantages over the traditional method of creating updates for users to download and install themselves. For laptop-owners probably the single, biggest advantage is that it reduces the burden on the laptop and therefore saves hardware resources and reduces heating. For completeness, the other big advantages are that it means the updates become effective a bit more quickly (and that can make a big difference) and the fact that it eliminates the possibility of users not installing the updates properly.

Look for an antivirus which has solid protection against all malware

The term “antivirus” is basically a relic from the early days of IT when viruses were the only form of malicious software which existed. Now there are several other kinds including spyware, adware, lockware and ransomware. It’s probably safe to assume that more kinds will be created over the course of time. You need protection against all of them.

Look for an antivirus with an integrated firewall

Firewalls are often marketed as “browsing protection”, but keeping you from clicking on questionable links is only half of what they do. The other half is checking your incoming internet traffic for signs that someone is trying to breach your security.

In the old days, firewalls were typically seen as being separate to antivirus protection, but now they are generally viewed as being two halves of the same whole. The main advantage of getting one program which includes both functions is that it makes sure that the two features work together instead of potentially coming into conflict with each other. Reduced cost is a nice bonus.

Look for an antivirus which is backed by a reputable brand

A lot of the “free antivirus” products you see are just malware in disguise. Even when that’s not the case, they can be a lot more focused on serving up adverts than on keeping your laptop safe from cybernasties. Stick to brands which have an established presence, in other words, brands which have proved themselves reliable over the long term. Comodo has been in IT security for over 20 years and is trusted by millions. Click here to download Comodo antivirus for your laptop and get all the protection you need to stay safe online.