Virus Protection for Your Phone

With that said, here are four (more) points you need to know about virus protection for your phone. 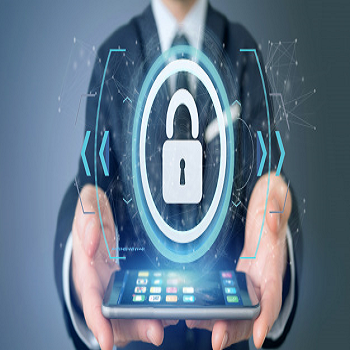 Put this one under the heading of "true (for the moment) but misleading". A virus is a particular type of malicious software. The defining feature of a virus is that is self-replicates. The nature of cellphones makes it very difficult to create viruses for them and some people believe that, currently, there are none at all. Regardless of whether or not that's true, there are a number of phone-specific security threats which, at best, can cause you a whole lot of hassle and at worst can cause you a great deal of harm. Here are some of them.

Internet telephony has made it easier (read cheaper) for fraudsters to call you from countries where they are, effectively, safe from the law. If they succeed in tricking you out of useful information, they can either use it themselves or sell it to someone in your local area who can make use of it.

There are two ways spam texts can hurt you. The first is by activating malicious software as soon as you open the message. The second is by tricking you into clicking on a link to a dangerous website.

USSD attacks are attacks which exploit security flaws in the cell networks. Basically they trick your phone into thinking that your network is giving it instructions. The cell networks are trying to fix these issues, but the signs are that it will be a long process and may never be complete.

SIMjacking is when cybercriminals steal your identity and persuade your cell network to transfer your phone number to another SIM card. This gives them control of it and gives them the option to attack any account you hold for which you use your phone number as verifications. This was famously demonstrated by founder and CEO of Twitter, Jack Dorsey, who temporarily lost control of his own Twitter account after cybercriminals took control of his phone number and used it to transfer the account into their name.

Given the extent to which we use our cellphones as, effectively, another form of ID, it's really important to do everything possible to guard against the threat of SIMjacking. In practice, this means putting solid virus protection on your phone itself and also taking steps to secure your account with your cell network so that people need to pass genuinely robust security checks before being able to port your number to another SIM card.

Adware and spyware are also issues on cellphones

Neither adware nor spyware is specific to cellphones, but they most certainly are an issue for cellphones.

Adware may not sound like a security threat and perhaps its creators don't intend it to be. The problem is that adverts are increasingly used as a means to transmit malware. At the current time, this generally requires users to be tricked into clicking on a link. There has, however, been at least one instance of a virus being trigger just through an advert being shown on screen (albeit on computers not on phones). Basically, adverts are now so dangerous, it's generally safest just to block them completely.

Spyware is exactly what it sounds like and you want to avoid it at all costs. The easiest way to do this is to put good virus protection on your phone.

Anti-theft functionality is a distinct plus

Obviously you don't want your phone to be stolen, but you really don't want your data to be stolen. It is therefore extremely useful to have a phone anti-virus which has anti-theft capabilities. Ideally, it should also have the option to wipe your data remotely, just to be on the safe side.

You want to stick with established, reputable brands

A lot of the "free virus protection" out there is actually malware and a lot of what isn't, frankly, isn't a lot of good either. Stick with brands which have proved they deserve your trust. In fact, you can click here right now to download Comodo antivirus and get all the protection you need from one of the top names in IT security.