For the most part, choice is good, but it can also be confusing and confusion is bad, especially when it involves something as important as choosing a good antivirus program. So, to help clear up the confusion, here is how you can tell if you’re looking at one of the top 10 antivirus programs.

Right now, top-level antivirus programs are making the most of the benefits offered by the cloud. Essentially, they use the cloud to host "virus definitions", these are basically descriptions of all known viruses and they are what enable the antivirus program to do its job. 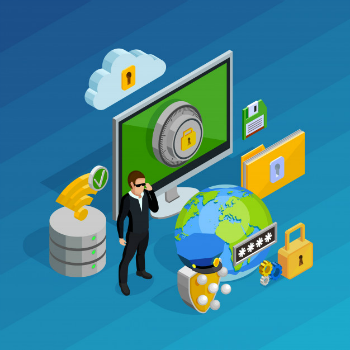 When these definitions are held in the cloud, they are under the direct control of the security company behind the antivirus program which means that they can be updated as soon as new definitions are ready. This approach has two major benefits over the traditional approach of downloading virus definitions to a local PC.

First of all, it’s quicker. New viruses are being created all the time. To put this into perspective, even though computer viruses have actually been around since the 1970s, up until the early 1980s, there was only a handful of them in existence. These days, there are believed to be about 100,000 and more are being created literally all the time (along with other forms of malware).

Every time a new virus is created, a new definition has to be created for it and the sooner that definition is activated, the sooner the user is protected. Using the cloud means that the definition can be activated as soon as it’s ready, rather than having to wait for the user to download and install it. This may not seem like much of a saving, but it can make a big difference, especially when you consider how much small savings of any sort can add up over time.

Secondly, it reduces the payload on the local machine and this issue is growing in importance as the number of viruses continues to grow. If you’ve bought a premium computer then you presumably want to make use of its full capabilities for your own purposes (not to run antivirus programs) and if you have a lower-end machine then you may experience a noticeable drain in performance using the old-school approach of applying definitions locally.

It provides effective protection against all malware

Even though absolutely everyone uses the term "antivirus program", including most IT professionals, these days the top "antivirus programs" are actually very robust, all-round security programs, which is just as well, because they need to be. In particular, they need to be able to protect against adware and spyware, both of which are growing threats.

Adware may sound like an inconvenience rather than a security issue and, on its own, that’s probably true. The problem with adware is that it increases the target’s vulnerability to a strategy known as "malvertising". Basically this involves cybercriminals buying adverts (usually from advertising agencies) and using the adverts to spread viruses. Most of the time this involves tricking people into clicking on a link, but some viruses can do their work just by being displayed on screen (as demonstrated by Spotify).

Spyware is exactly what the name suggests and may be the most horrible form of malware there is because it invades your privacy so badly.

It has an integrated firewall (sometimes called "browsing protection")

A firewall is basically a security guard for your internet traffic (both incoming and outgoing), nothing passes through it (in either direction) unless the firewall is happy. By checking your incoming traffic, your firewall will aim not only to protect you from direct attack (e.g. from hackers trying to access your computer, which is a real threat even for the average person) but also from the possibility that you will download malware, which the antivirus part of the program would then need to find and treat.

By checking your outgoing traffic, the firewall will be able to alert you if you are about to do something which is potentially dangerous (like visiting a malicious website) and also identify signs that you have managed to pick up a virus on your computer, for example, if someone has physical access to it and has tampered with it.

It may sound harsh, but unless you really know your way around IT, it’s best to stick with the tried-and-trusted brands. By definition, there are brands which have lasted for so long because they’ve proved themselves to be reliable and trustworthy. In fact, you can head to this page right now to get all the protection you need, from Comodo, at a price you can afford.